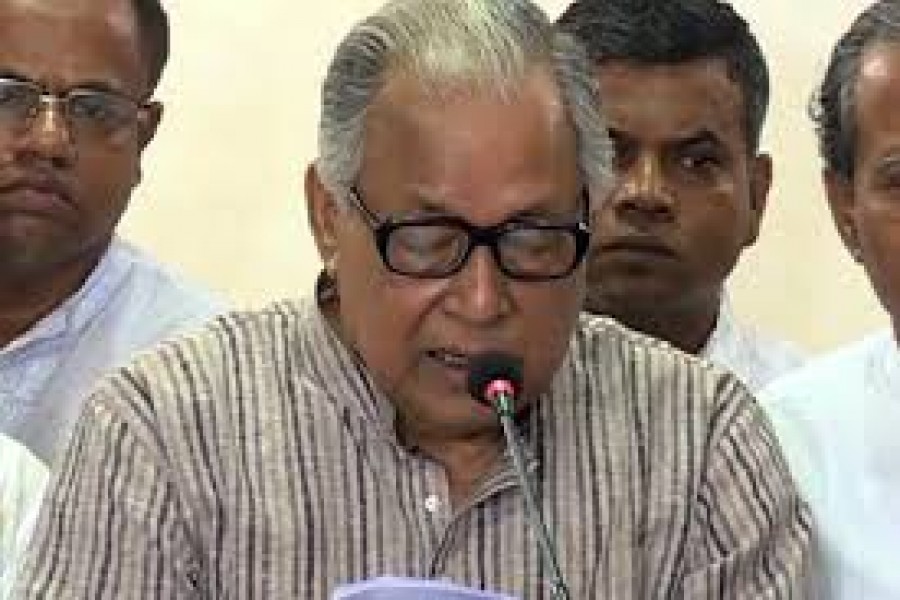 BNP senior leader Nazrul Islam Khan on Monday warned that their party will be forced to wage a strong street movement if it fails to have Khaleda Zia freed from jail through a legal battle.

The BNP leader said they are putting in their best efforts to free their chairperson Khaleda Zia from jail through a legal process, and will continue to do so.

"But, we'll be forced to resort to another way of a strong, united and democratic movement to ensure her release if the government makes it impossible through the legal process," he added.

Nazrul, a BNP standing committee member, said their party has been on a democratic movement and they will intensify it in the days to come, reports UNB.

He urged the leaders and activists of the BNP's labour wing to get ready for playing a pivotal role in making the movement a success.

The BNP leader alleged that the government is showing a' brutal attitude' to Khaleda after keeping her in an abandoned jail. "The government is not taking any step to ensure the treatment of her though she is sick."

He said the medical board formed by the government advised taking Khaleda to a specialised hospital for treatment, but the government still did not do it.

Referring to her personal physicians' opinions, Nazrul feared that Khaleda may get crippled and lose her eyesight if she is not given proper treatment.

"We do politics and we have opponents, but no enemies. The government can consider Khaleda Zia as its opponent. But it's behaving with her like an enemy," he observed.

Orphans are my “most near and dear ones”: PM