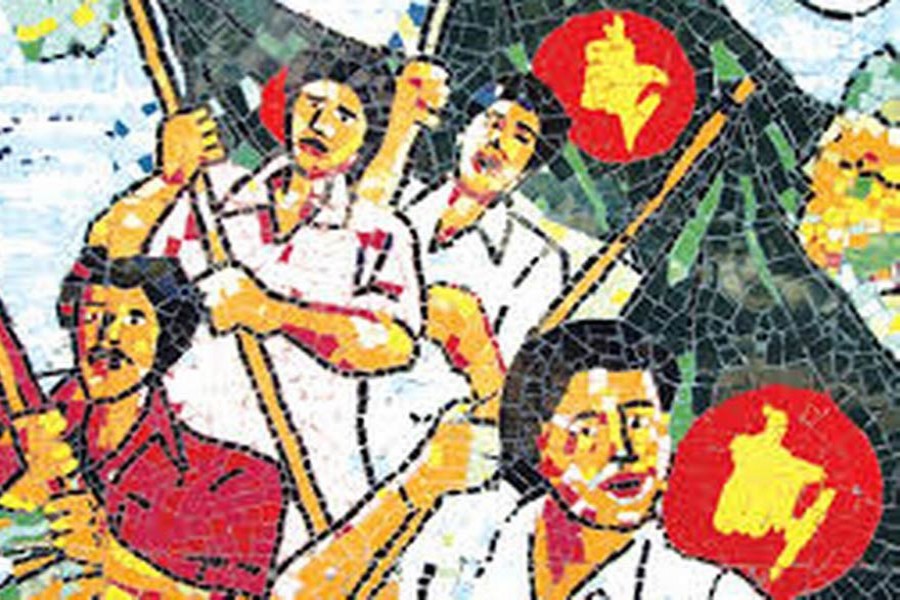 The nation is set to observe the Martyred Intellectuals’ Day tomorrow (Saturday) in a befitting manner.

Just two days ahead of the country’s victory on this day 48 years ago, the marauding Pakistan army in collusion with their local collaborators – Al-Badr, Al-Shams and Razakars – killed the most prominent intellectuals of the country in a bid to cripple the newly emerging nation of Bangladesh.

A memorial erected in memory of the martyred intellectuals at Mirpur in the capital has been readied as national leaders and people from all walks of life will pay tributes by placing wreaths there. The Pakistani troops and their Bengali-speaking collaborators belonging to Razakar or other auxiliary forces killed a number of intelligentsia throughout the nine-month long Liberation War.

But, they visibly engaged the infamous Gestapo like Al-Badr and Al-Shams forces on December 14, 1971 to carry out a systematic campaign to kill the most eminent academics and professionals like doctors, engineers and journalists to make the newborn nation to a state of brainlessness.

The then Bangladesh government and victorious freedom fighters, however, came to know about their last brutal massacre only when the Pakistani troops surrendered on December 16, 1971 and their top accomplices mostly belonging to Jamaat-e-Islami and its student wing went into hiding to resurface years later.

Most of the December 14 victims were picked up from their residences blindfolded and killed during December 10 to 14 in 1971.

President Abdul Hamid and Prime Minister Sheikh Hasina issued separate messages on the eve of the day, paying homage to the martyred intellectuals.

Members of martyred and freedom fighters will also place wreaths at Martyred Intellectuals Memorial and Rayerbazar Killing Ground at Mohammadpur in the morning.

Later, people of all walks will place wreaths at Martyred Intellectuals Memorial, honouring the greatest souls of the nation.

Bangladesh Television and private television channels will broadcast special programmes highlighting the significance of the day.

Discussions will be held at district and upazila level across the country.

Marking the day, ruling Awami League and other political parties have chalked out various programmes.

National flags and AL’s party flag will be hoisted half-mast at its central office, Bangabandhu Bhaban and important institutions at dawn marking the day while Black flags will be hoisted at its all party offices across the country.

The ruling party will organise a meeting at Krishibid Institution, Bangladesh at 3:00pm on December 14. Awami League President and Prime Minister Sheikh Hasina will preside over the meeting, reports BSS.