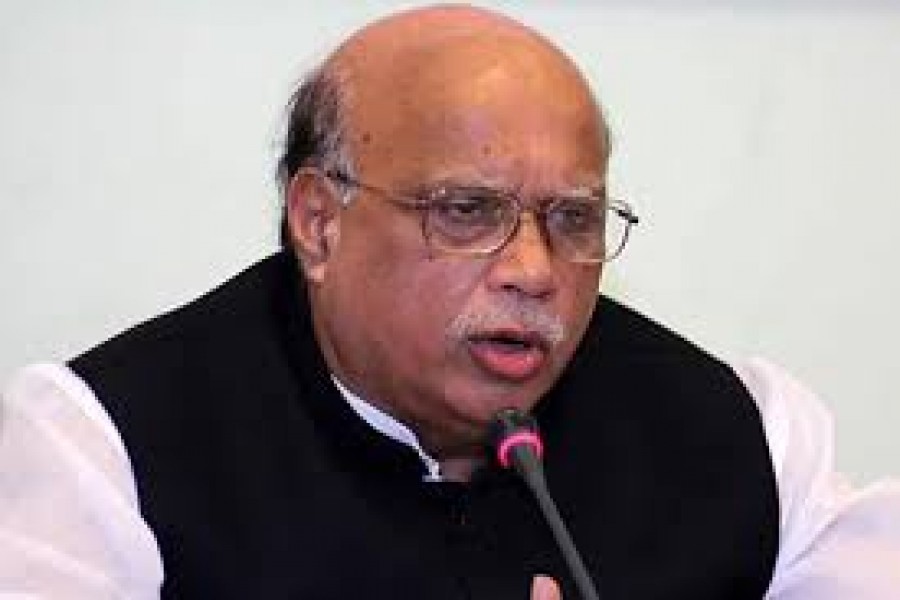 “The Election Commission (EC) should take stern action against Tareq Rahman as he is speaking, violating the electoral code of conduct,” he told reporters at the inaugural session of “Digital Health Service Programme” at Shaheed Suhrawardy Medical College and Hospital in the capital this afternoon.

About the participation of BNP-led Jatiya Oikya Front (JOF), Nasim hoped that BNP and JOF would refrain from being involved in any terrorist act and remain in the election field till the last moment, reports BSS.

Terming BNP’s participation in the national election a good news indeed, he further expected that they (BNP and their allies) would be ready to accept the people’s mandate in the upcoming parliamentary election to be held on December 30 next.

“There is no question of vote-rigging…the EC has already assured that the next election would be held in a fair and neutral manner,” said Nasim, also Awami League presidium member.

He said a festive mood has been prevailing across the country over the parliamentary election as all political parties have already responded to the call of Prime Minister Sheikh Hasina very positively.

The Health Minister said people will vote the Awami League again to continue the ongoing trend of development led by Prime Minister Sheikh Hasina, the daughter of the Father of the Nation Bangabandhu Sheikh Mujibur Rahman.

Director of the college Prof Dr Uttam Kumar Barua and its principal Dr ABM Maksudul Alam , among others, were present.