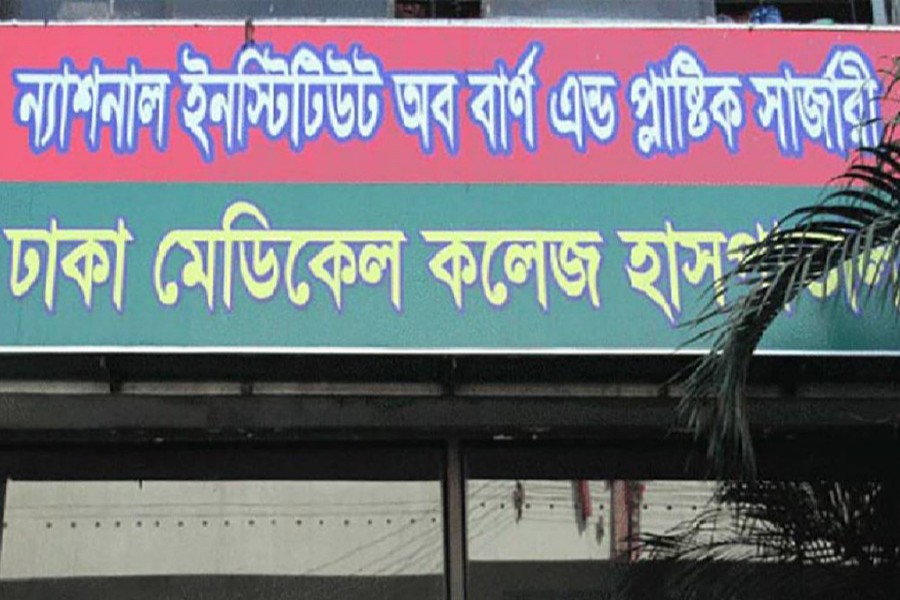 An elderly woman who suffered burns after a fire broke out at a house in Sahebapara of Narayanganj's Siddhirganj upazila early Monday has died at Dhaka Medical College Hospital (DMCH).

The deceased was identified as Nurjahan Begum, 60.

Eight members of a family suffered burn injuries after the fire broke out at their house around 5:30am, UNB reported.

“Two of the injured, including Nurjahan, were shifted to the intensive care unit (ICU) of DMCH where she succumbed to her injuries around 11:05am,” said inspector Bacchu Miah of DMCH police outpost.

Mohammad Shahjahan, senior station officer of Adamjee Fire Service, said gas accumulated in their flat as the burner had remained open all night.

The fire started when one of their relatives Elias lighted a cigarette, said the inspector.

On information, a firefighting unit rushed to the spot and extinguished the fire.

Later, they rescued the injured family members who are currently being treated at the Burn and Plastic Surgery Department of DMCH.

They hail from Shibpur upazila of Narsingdi and live on the ground floor of a five-storey building.

Among the injured, Nurjahan and Kiron suffered 70 percent burns.