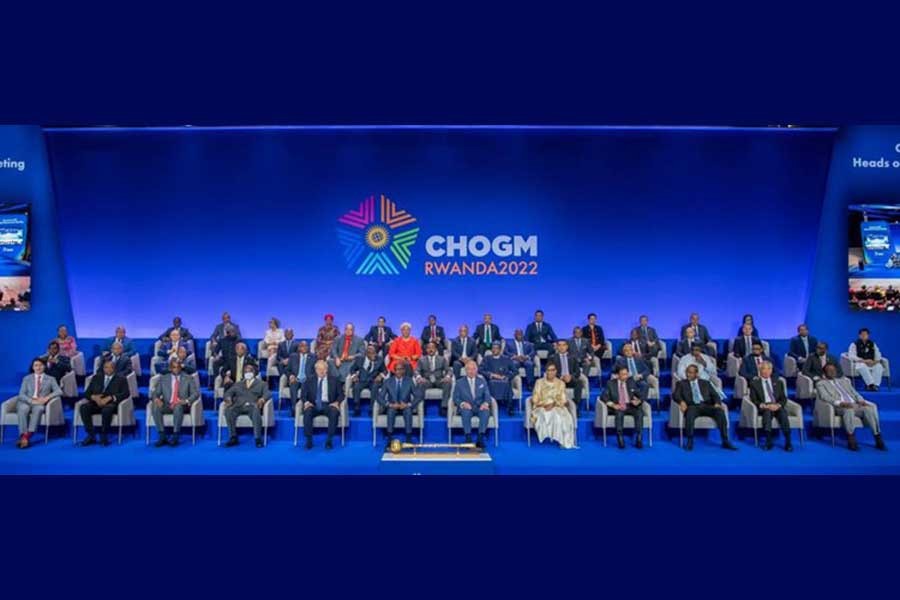 Foreign Minister A K Abdul Momen has called for strengthening free mobility of trade and investment and human resources and introducing a visa-free Commonwealth regime.

The minister made the call during the 26th Commonwealth Heads of Government Meeting (CHOGM) at the Rwandan capital Kigali on Saturday, reports BSS citing a foreign ministry press release.

While delivering a speech at the CHOGM executive session, Dr Momen reiterated that the commitment made in COP 26 on limiting temperature increase within 1.5 degrees and mobilising 100 billion climate finance must continue to remain the flagship agenda of the Commonwealth.

He also proposed a crisis management mechanism in Commonwealth to address equitable access to global public health goods and services, including vaccines and therapeutics as well as mental health.

He called upon the Commonwealth nations to exert pressure on the Myanmar regime to comply with the 'Provisional Measures' by the ICJ and create a conducive environment in the Rakhine State for the safe, secure and dignified return of their nationals.

While attending CHOGM and its sideline meetings, the foreign minister also had a bilateral meeting with his counterpart of the Commonwealth of Dominica, Jamaica, Sri Lanka, Australia and the UK. Issues of bilateral interest were discussed during the meetings.

The two-day meeting ended with adopting declarations on childcare and protection reform; the Commonwealth Living Land Charter, the declaration on sustainable urbanisation, and the Heads of Governments Communiqué. A Leaders Statement was also adopted at the Retreat.