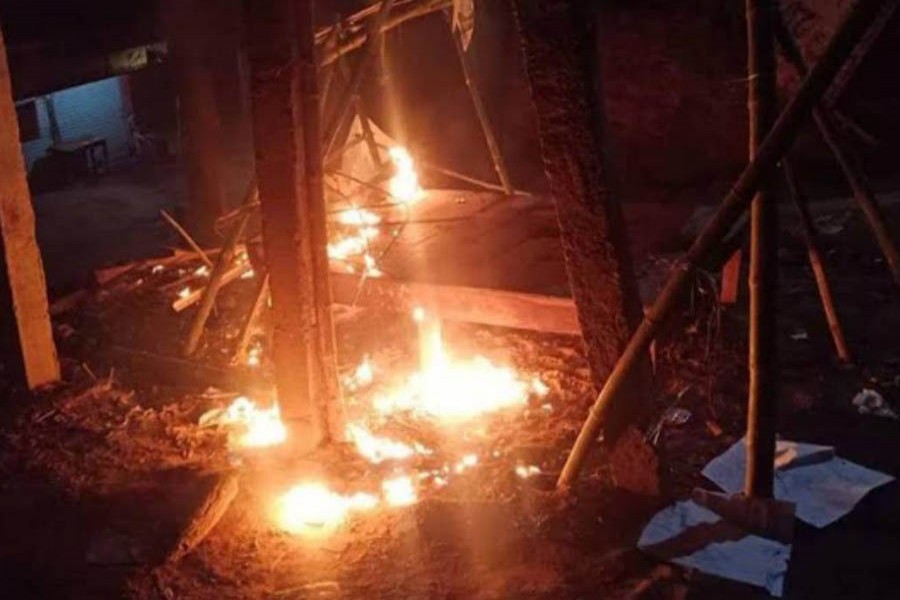 However, none was hurt as the incident took place when the AL leaders and activists left the office after electioneering, UNB reported.