Mirza Abbas accuses media of distorting his comments about Ilias 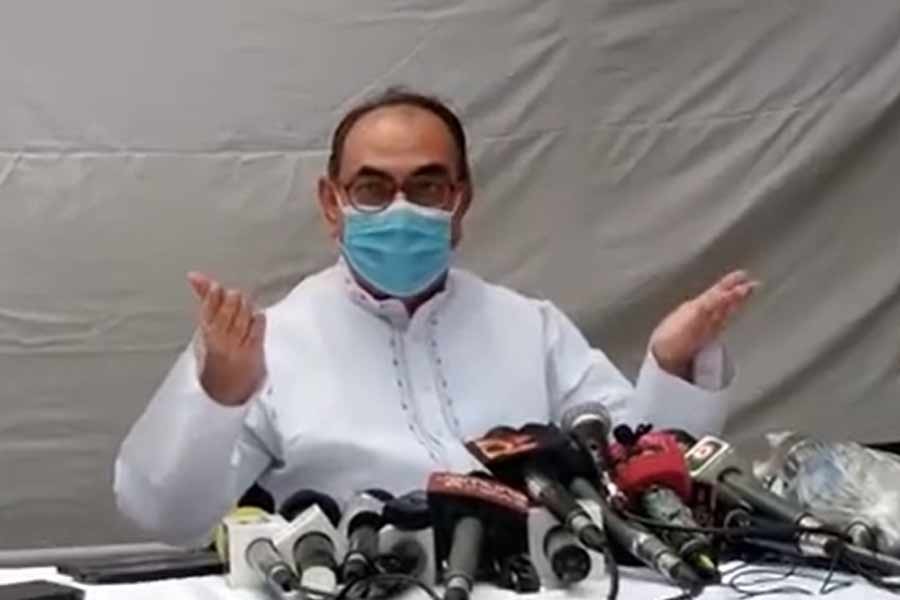 BNP Standing Committee member Mirza Abbas on Sunday claimed that some media distorted his remarks about the disappearance of their party leader M Ilias Ali.

"It’s been published in a newspaper quoting me that some BNP leaders are responsible for the disappearance of Ilias Ali. Can anyone prove I made such a remark? It’s not possible to prove. I want to make it clear that my statement has been distorted,” he said.

Abbas came up with the allegation at a press conference at his Shahjahanpur residence as different media ran reports that he hinted about some BNP leaders’ involvement in Ilias Ali’s missing nine years back, reports UNB.

He also alleged that some newspapers wrongly quoted him as saying that the government and Awami League had no involvement in the disappearance of Ilias. “I didn’t make any such comment.  “My statement has been distorted and twisted. I just rebuked the government and wanted to know where Ilias is.”

Abbas said it is not possible for him to make a comment involving BNP leaders with such an incident being party standing committee member. “Is it possible for me to blow my own bomb on my own head? There is a distortion.”

The BNP leader said he naively made some comments about Ilias’ disappearance at a virtual discussion, but journalists misrepresented those as per their whims. “I don’t know the reason behind it.”

He alleged that some journalists went to Ilias Ali's house in the morning and tried to harass his wife by asking various questions. “They just charged her. Why is this happening after so many years?”

Abbas also questioned the intention of the journalists as they are suddenly focusing on Ilias issue while the newspapers did not give importance to the news of his disappearance over the last nine years.

Requesting journalists to present the truth about his statement before the nation, the BNP leader said he and his party will not take the responsibility for the distorted and misrepresented reports of media about Ilias Ali’s disappearance quoting him.

BNP organising secretary M Ilias Ali along with his driver Ansar Ali went missing on the midnight of April 17, 2012 in the capital’s Banani area. Since then, BNP has been blaming the security agencies for the mysterious disappearance, an allegation denied by the government.

Speaking at the programme, Mirza Abbas said he thought neither the government nor the Awami League made Ilias Ali disappeared. “But who did it? I want to know this from this government.

He also called upon BNP Secretary General Mirza Fakhrul Islam Alamgir to find out those BNP leaders who had engaged in an altercation with Ilias Ali the night before he went missing.