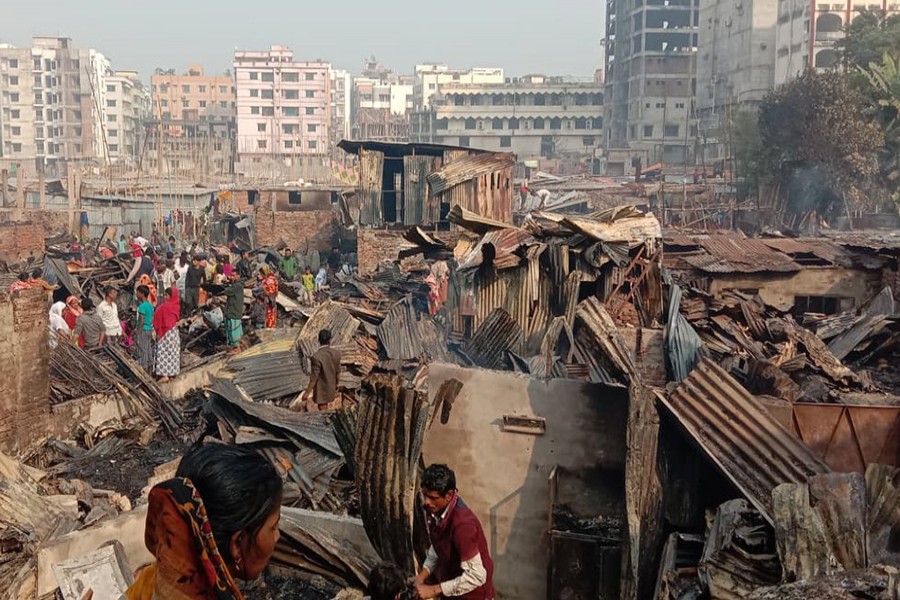 The fire that broke out at a slum at Chalantika in the city’s Mirpur area was doused on Friday.

Anwar Hossain, deputy assistant director of Fire Service and Civil Defence, Mirpur zone, said the fire was doused at around 9:00am.

Russell Shikdar, a duty officer at the Fire Service and Civil Defence control room, said the fire broke out at the slum on Mirpur-7 road around 4:11am and it spread fast.

He said 15 firefighting units went to the spot and brought the blaze under control around 5:45 am, according to a UNB report.

Two people identified as Rabeya, 45 and Shaheen Islam, 35 were injured in the fire. They were taken to Dhaka Medical College and Hospital.

However, it could not be known yet what caused the fire.