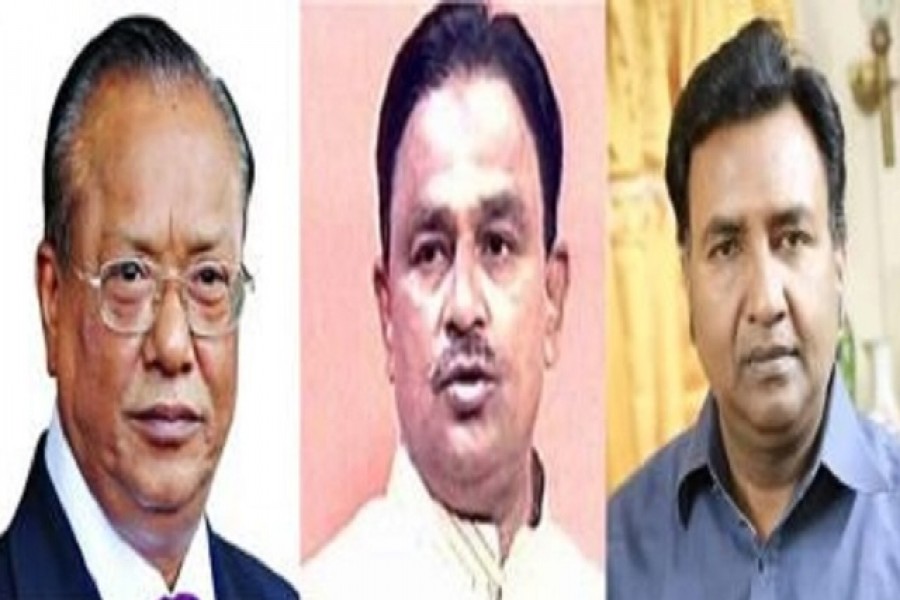 After the deadline for nomination submission ended on Wednesday, it was found that they have not submitted the nomination papers even after receiving letters confirming the party’s nomination for parliamentary constituencies.

“Ask them why they have done it. It’s their personal matter. I know nothing about this,” Senior Joint Secretary General Ruhul Kabir Rizvi told bdndews24.com in reply to a query.

Alal and Sohel peeved as the party did not give them the seats they wanted to contest for, their supporters say.

Mintoo, a former president of the Federation of Bangladesh Chambers of Commerce and Industry (FBCCI), says he has no wish to contest in the polls.

Known to be close to Prime Minister Sheikh Hasina in the 1990s, he complained about the election atmosphere.

“And the situation is not conducive to fair polls. A level playing field has not been created. Our leaders and activists are facing cases, threats, harassments every now and then. In this situation, I think I should spend time in conducting election activities rather than contesting in it,” he told bdnews24.com.

“The party also thinks so,” he added.

But media reports suggest he is frustrated with the party decision on not awarding him the Feni-1 seat as an alternative candidate to party chief Khaleda Zia, whose election hopes are in jeopardy after conviction in corruption cases. The BNP has chosen Dhaka Metropolitan Juba Dal President Rafiqul Islam Maznu along with Khaleda for the seat.

Besides this, there have been complexities over Mintoo’s dual citizenship.

He denied the media reports on his nomination as false. “A quarter is carrying out a false propaganda on the issue,” he said.

Sohel contested for the Dhaka-8 (Ramna) constituency in the 2008 parliamentary election. He sought to fight for that seat again this time.

“Sohel Bhai worked in Dhaka-8 for past three to four years. But he has been given Dhaka-9 where he is not known,” a person close to the BNP leader told bdnews24.com on condition of anonymity.

Suchona, who appeared for the interview to the BNP nomination board on her jailed father’s behalf, also alleged Sohel had been 'wronged against' despite suffering for the party for years.

The party has nominated its Standing Committee Member Mirza Abbas for Dhaka-8.

Orphans are my “most near and dear ones”: PM