'Militants weakened, not eliminated yet' 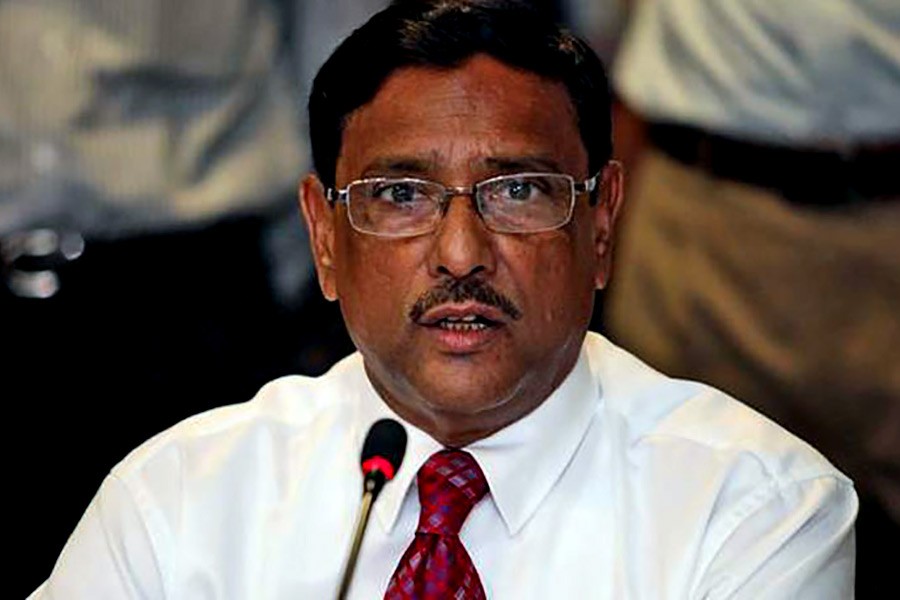 Awami League general secretary and Road Transport and Bridges Minister Obaidul Quader has said although the militants have become weak, they have not been eliminated yet.

The minister came up with the remarks while talking to reporters after an Awami League delegation, led by him, paid their tributes to those who lost their lives in the Gulshan Holey Artisan terror attack on July 1, 2016.

Representatives from various political parties, diplomatic missions, police and Rapid Action Battalion (RAB) paid their respect to the victims at the spot on Sunday, reports UNB.

"Actions were taken immediately after the incident. We've been able to weaken the network of militants with the help of law enforcement agencies. The charge sheet in the attack case will be submitted within this week," he added.

Replying to a query, Quader said, "The incidents of militant attack have occurred in many countries in the world. Even, it happened in the USA. It doesn't mean that the image of the country has got damaged for the militant attack on Holey Artisan Bakery."

In response to another question, he said, there was no major militant attack after the Holy Artisan attack in the country.

Law enforcement agencies always remain alert to deal with the militancy problem. They can deal with any situation, he said and adding that the anti-militant drive will continue as there is no place for the militants in the country.