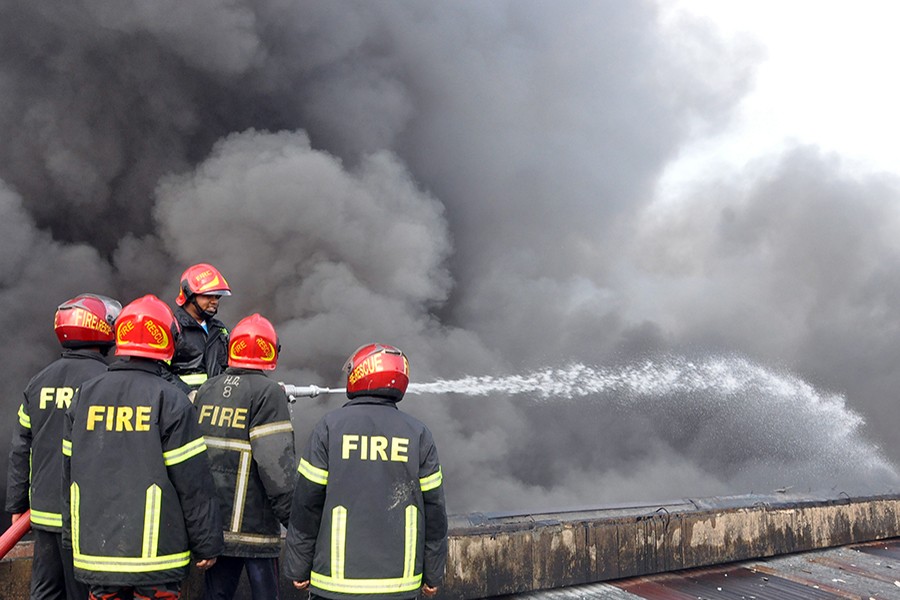 Firefighters have managed to bring the fire at a packaging factory in the Meghna Economic Zone in Narayanganj's Sonargaon under control after three and a half hours.

Ten fire service units were dispatched to fight the blaze in the Tipardi area after reports came in around 7:45 am on Monday, said Abdullah Al Arefin, deputy assistant director of the fire service. The Meghna Group's own firefighting service also helped to tame the fire, reports bdnews24.com.

The factory is named Sonargaon Printing and Packaging Industry Limited. The three-storey steel fabricated building where the fire started has a sign on the outside saying Meghna Foil Packaging Limited (Offset Unit).

The fire started in the northwest section of the packaging factory, said Meghna Group employee Aolad Hossain. It then spread quickly.

Smoke was rising from the building around 10:30 am, but the fire was contained to a single building.

Fire service officials say the blaze was brought under control around 11:20 am.

There have been no reports of casualties so far.