Mashrafe demands safety for his rivals 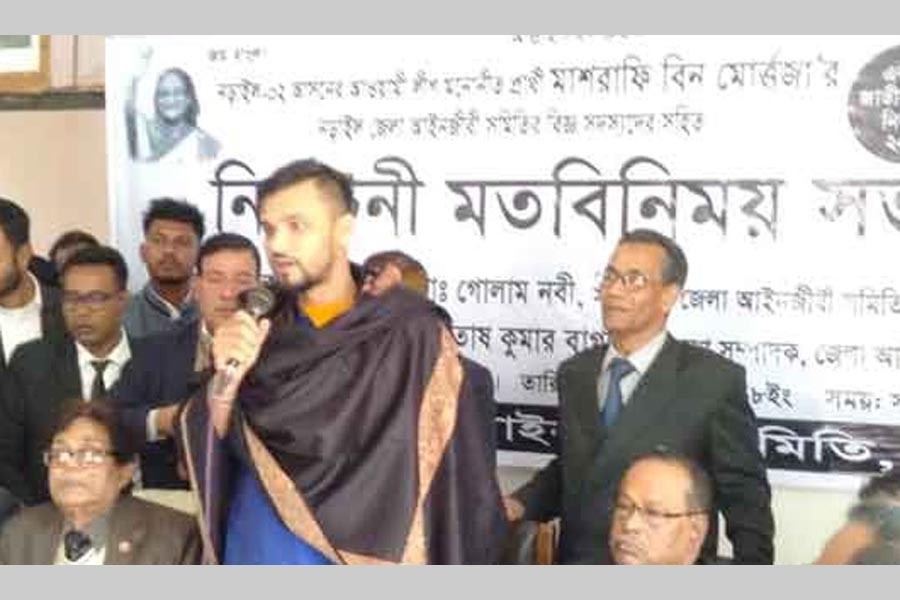 Mashrafe Bin Mortaza has asked his campaign supporters to make sure there aren’t any attacks on rival candidates.

“Make sure my rival candidates are not hurt physically or mentally. I want you to pay attention to that,” said he.

The captain of the Bangladesh National Cricket team said this on Sunday in a view exchange meeting with the voters in Narail-2 on Sunday.

The Mashrafe is running in the upcoming parliamentary election from hometown Narail on behalf of the ruling Awami League (AL), as per a bdnews24.com report.

“I am like your son because I grew up here among you. I urge you to forgive me if I make mistakes,” he told a gathering of the town’s lawyers’ association.

At a mass rally in Maijpara, Mashrafe said, “I am with you. Vote for the boat and seal its victory. We want to help Narail emerge as an ideal place for living.”

The rally was attended by a large number of his fans who cheered on the much-loved skipper of the cricket team.

Mashrafe’s wife Sumona Haque Sumi was also on the campaign train on Sunday as she reached out to voters in various places including Banshgram, Chandiborpur and Shalnagar.