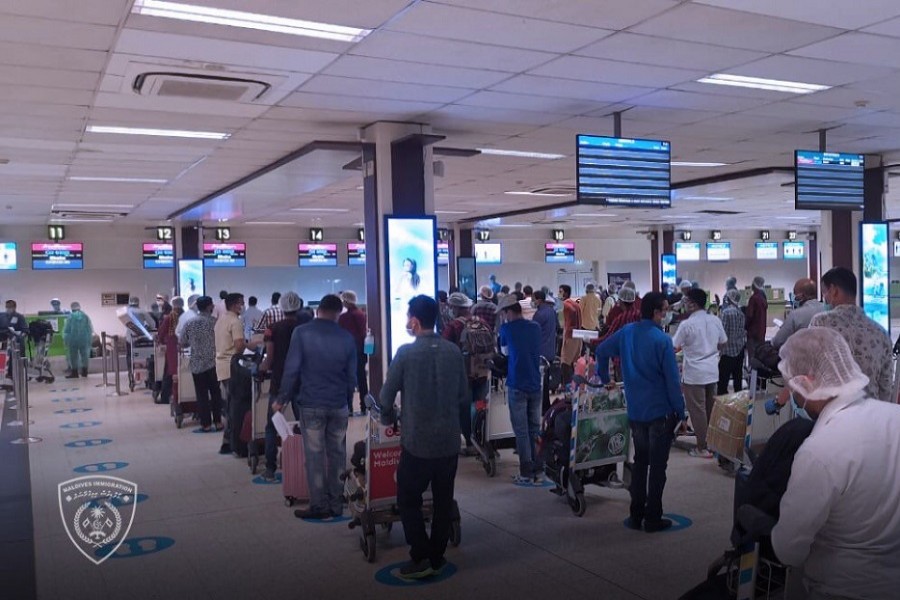 Bangladeshis being repatriated from the Maldives — Maldives Immigration/Twitter/Files

The Maldives has so far repatriated more than 3,200 Bangladeshis through its government-initiated evacuation exercise of undocumented workers living in the country, reports rajjee.mv.

In a publication on Saturday, the Ministry of Foreign Affairs revealed that a total of 3,269 undocumented Bangladeshi workers in the country have been sent back home up until now.

The Maldives repatriated 187 Bangladeshis on Saturday alone on a flight of its national airline, Maldivian, bound for Dhaka, Bangladesh.

During a national address in May, President Ibrahim Mohamed Solih announced that over 1,500 undocumented migrant workers will be repatriated from the Maldives amid the Covid-19 pandemic crisis.

After the announcement, the Maldives’ Ministry of Foreign Affairs and Ministry of Economic Development began collaborating to repatriate the thousands of undocumented Bangladeshi nationals residing illegally in the Maldives.

Up until Saturday, the highest number of confirmed cases in the Maldives had been of Bangladeshi nationals, at 1,257 which is 52.16 per cent of the total case count: 2,410.

Bangladeshis are forced to reside in congested living spaces in large groups, after being brought into the Maldives and are often left unsupervised.

Due to this, according to the Maldivian TV channel report, they have been classified as vulnerable to the infection in the island country.