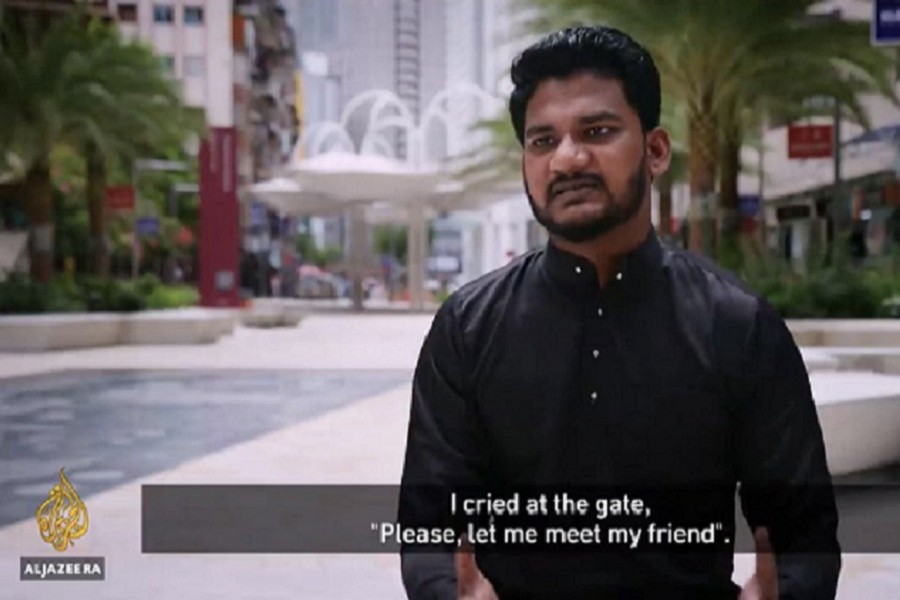 “As far as I know, the Immigration Department has cancelled it [the work permit of the Bangladeshi in question],” Malaysia’s inspector-general of police Abdul Hamid Bador told the online news portal when asked about Md Rayhan Kabir.

The Immigration Department is looking for Rayhan, a 25-year-old Bangladeshi national, in relation to its investigation under the Immigration Act 1959/63.

The Bangladeshi youth was featured in a 25-minute Al Jazeera report titled “Locked up in Malaysia’s Lockdown” on its 101 East programme on July 03.

The report, on the authorities’ alleged ill-treatment of migrants under the movement control order (MCO) to contain the Covid-19 pandemic, sparked outrage from government leaders, with police reports filed against the Qatar-based news channel.

Putrajaya has demanded that Al Jazeera apologise to Malaysians over the documentary, but the satellite network on Saturday stood by its journalists, saying the report was balanced despite failure to get the response of government leaders.

Al Jazeera is being probed for various offences, including sedition, defamation and improper use of network facilities.

Malay-language daily Harian Metro meanwhile reported top Malaysian cop Hamid as urging the Bangladeshi in question to surrender himself before being deported to Bangladesh.