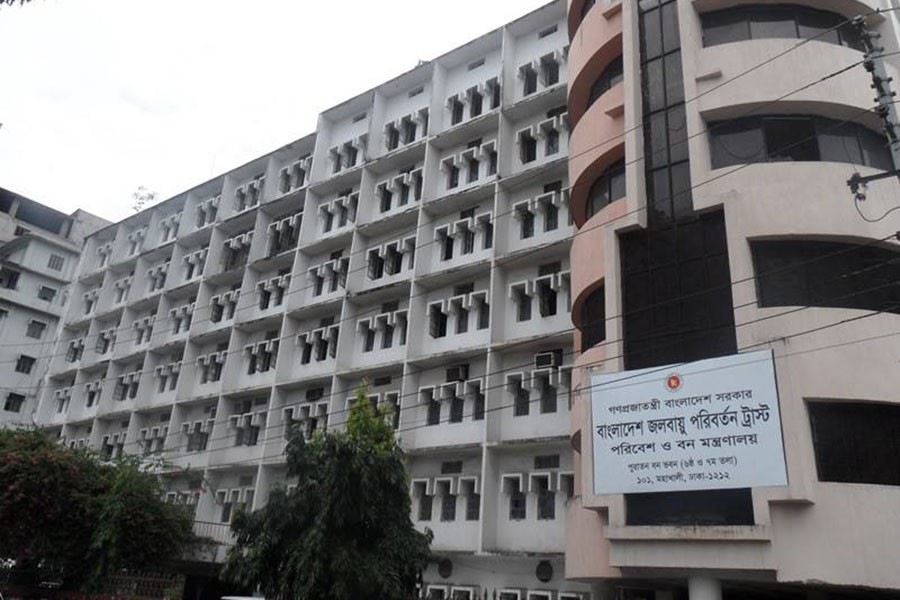 Expected outcome of some Bangladesh Climate Change Trust (BCCT) projects could not be achieved due to lack of coordination among the authorities or departments concerned, according to a study.

As a result, vulnerabilities to climate change impacts might increase, it said.

The study also found that low-quality materials were used in some infrastructure projects and in some cases the quality of inputs was good but the input mix was inappropriate.

Even the fund was not properly spent on some projects, it revealed.

The Bangladesh Institute of Development Studies (BIDS) conducted the study titled 'Assess the Monitoring, Evaluation Procedure of BCCT and the Impact Assessment of CCTF Projects'.

The government has initiated a number of nationally and internationally acclaimed programmes to address climate vulnerabilities, one of which is the creation of BCCT to provide administrative and organisational support for overall management of the Climate Change Trust Fund (CCTF).

BCCT is a statutory body under the Ministry of Environment, Forest and Climate Change.

The study identified some weaknesses in the project implementation of the BCCT such as shortage of human resources in BCCT to monitor project activities, absence of post-project monitoring, ignorance to the availability of local level expertise, delay in project implementation and missing baseline information.

In its study, the leading think-tank said that if BCCT could have deployed experts (like relevant engineers) to monitor infrastructure projects during implementation, the quality of projects would have been much better.

Beneficiaries of some projects have mentioned that local level expertise was not utilised in project activities, the study said.

Lack of training on maintenance was needed not only for infrastructure projects but also in plantation projects, it added.

Asked for comment, Dr Saleemul Huq, Director of the International Centre for Climate Change and Development (ICCCAD) at the Independent University, Bangladesh, said it is laudable that BCCTF has commissioned BIDS to carry out this evaluation.

However, it should have been done earlier and should also become a standard practice going forward, he added.

Contacted, Dr. Nazneen Ahmed, Senior Research Fellow of the BIDS who led the study, told the FE that complexities related to release of fund for projects should be removed and the process should be made easy and less time-consuming.

The budget of a project should be rational with regards to targeted activities, she said.

In some cases, it is seen that some projects run by the BCCT were not related to climate change that should be halted anyway, Dr. Nazneen added.

As the main aim of the BCCT is to support Bangladesh in better adaptation to climate change impacts, it is important to understand and assess the effectiveness of completed projects to that end.

Under this study, independent evaluation was carried out for 27 projects implemented by different authorities with the support from the BCCT.

Of these projects, 497 were government projects and 63 were implemented by various research organisations, public universities and non-government organisations (NGOs).

These projects are claimed to be undertaken within the mandate and objectives of BCCT to reduce vulnerability of the country to climate change impacts.

BCCT has been created to finance projects for implementation within the thematic areas and programmes identified in the Bangladesh Climate Change Strategy and Action Plan (BCCSAP).