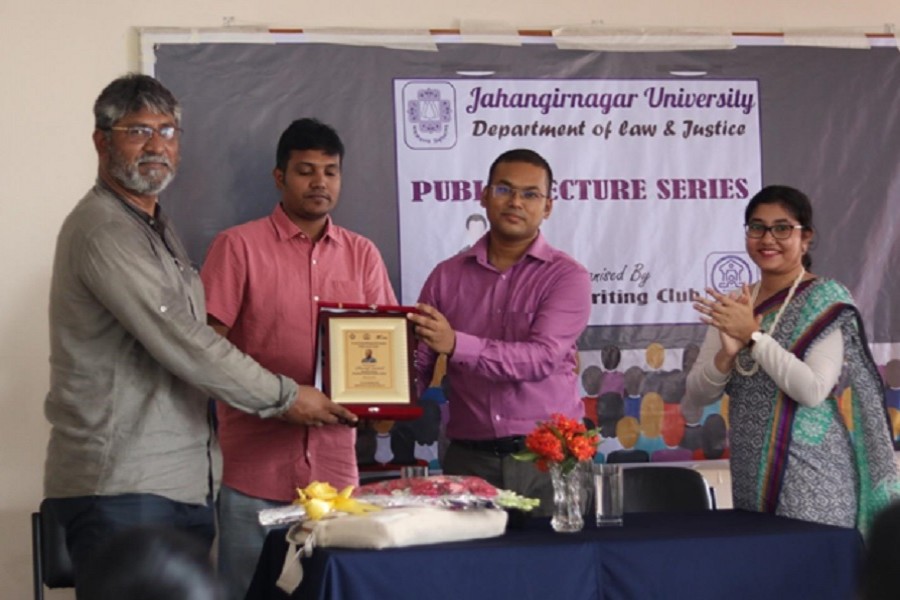 "We have the law of 1950, the port rules of 1966. But the deputy commissioners have not been able to implement it properly. According to the law, anyone entering the river boundary will be identified as an intruder. But the rivers have become canals due to non-implementation of the law," said he.

Mr Jamil came up with the remark while speaking as the chief guest at a public lecture titled 'Importance of Writing in Youth Activism' hosted by Jahangirnagar University Law Society Writing Club (JULSWC).

Sharif further said, “According to the Water Development Board, the number of rivers in the country is 310. This number is 700 in one place and in another place, it is 1182. How can we maintain them where we could not even reach a decision on the number of rivers?”

“Bangladesh is the only country where all rivers are said to be living entities. We have at least 11 ministries and 17 departments related to rivers. But who will coordinate between them?” he asked with grievance.

There are at least 30 transborder rivers between Bangladesh and India which enter the Sylhet division from Meghalaya, Assam and Tripura. Sharif Jamil said, the floods were caused by unplanned installations and development activities on these rivers.

“Excessive rainfall, arbitrary use of inland rivers in India and unplanned development projects without considering the environment caused severe floods in the Sylhet-Sunamganj region,” he added.

Mr Jamil emphasised the active participation of the youth in environmental protection throughout the lecture.

The session was hosted by JULSWC member Rukaiya Tunaz while Zahid Ayon, assistant organising secretary of the club, gave a detailed and pleasant presentation on the activities of the writing club.

After the lecture was conducted, the cover launching of ‘Half-Yearly Bulletin June 2021 Edition’ was held at Social Sciences Building of the University.

All the authors and contributors joined the program and celebrate the golden moment.