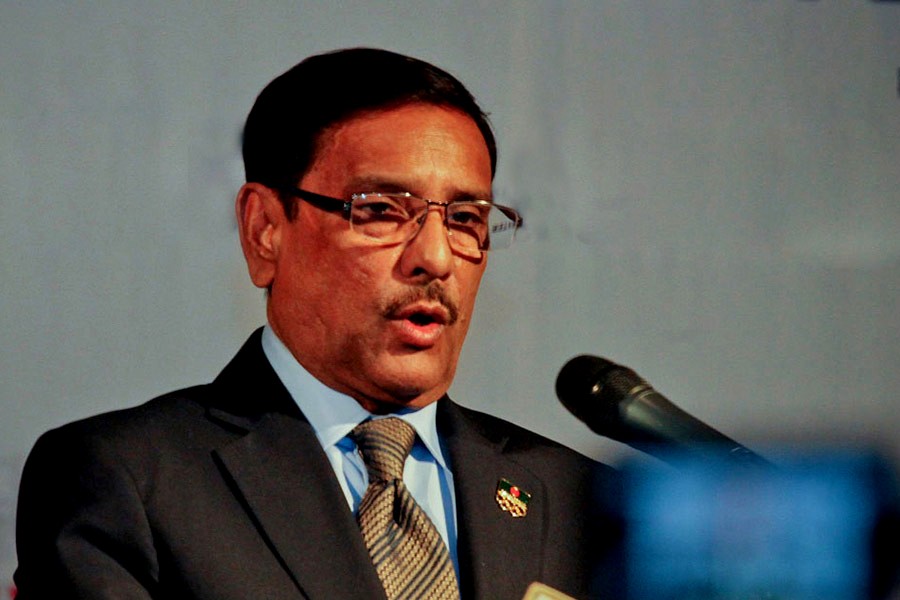 The road transport and bridges minister made the remarks on Friday while replying to a recent statement of BNP secretary general Mirza Fakhrul Islam Alamgir.

Fakhrul had said the imprisonment of Khaleda Zia would deepen the current political crisis.

In reply, Obaidul Quader said, "The verdict would not create any crisis in the political arena, rather it would intensify the internal feuds in BNP."

The minister was talking with the newsmen after visiting a rapid bus transit project on Bhogra bypass in Gazipur on Friday.

Talking about declaring Tarique as acting chief of BNP, Obaidul said, it is now crystal clear why BNP abolished Section 7 from its constitution.

"Now there is no bar in BNP's constitution for corrupt and convicted persons to be leader of this party," he added.

"If Begum Zia appeared before the court regularly, the verdict would come much ago," he added.