‘She urges people to work for getting back democracy’ 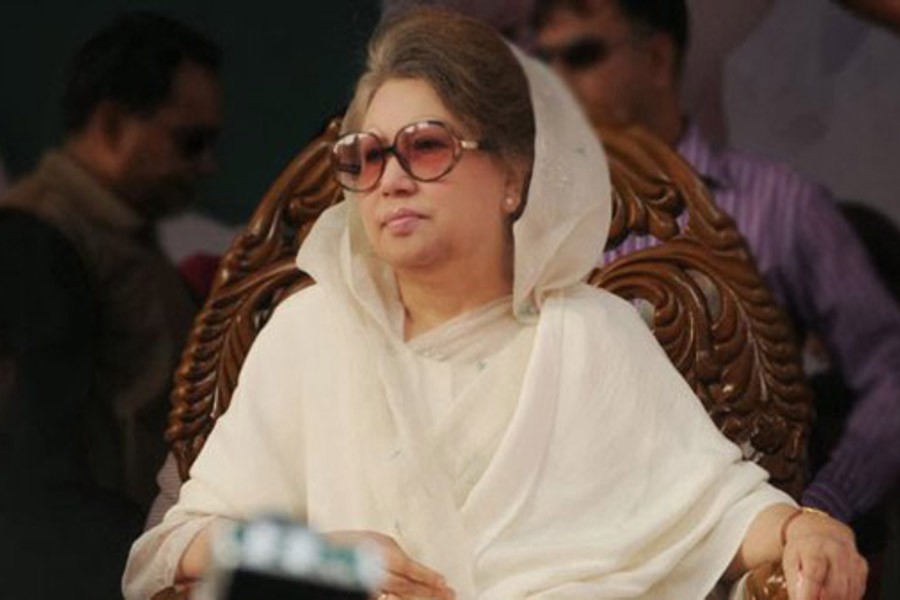 “Madam (Khaleda) is very sick. She still can’t properly eat and bend her legs. There’s no improvement in her left hand as she can’t work with it, and she has been going through such a situation,” he said, reports UNB.

Talking to reporters after meeting Khaleda at the BSMMU, the BNP leader further said, “I can say briefly that madam is very ill. We don’t think her health has improved that much compared to the earlier condition.”

Fakhrul said their chairperson needs special care and ‘specialised treatment’ for a marked improvement. “We think she’s not getting such treatment now.”

He said it is imperative to ensure proper treatment to their chairperson by the doctors of specialised hospitals as per her choice.

Fakhrul together with BNP standing committee members Gayeshwar Chandra Roy and Nazrul Islam Khan went to meet Khaleda at room No 621 of BSMMU’s Cabin Block around 4:05am and came out of it an hour later.

The BNP secretary general said Khaleda greeted the country’s people on the occasion of Bangla New Year and urged them to work for the ‘restoration’ of democracy.

Asked whether they consulted Khaleda about her release on parole and swearing in by BNP’s six MPs, Fakhrul replied in the negative. “We talked about her health condition and treatment.”

The BNP chairperson has been in jail since a special court convicted her in Zia Orphanage Trust graft case on February 8 last year.

Amid BNP leaders’ demand for admitting Khaleda to a specialised hospital, she was shifted to BSMMU from Old Dhaka Central Jail on April 1 for her better medical treatment.

It was the first meeting between Khaleda and her party leaders since she was taken to the hospital.