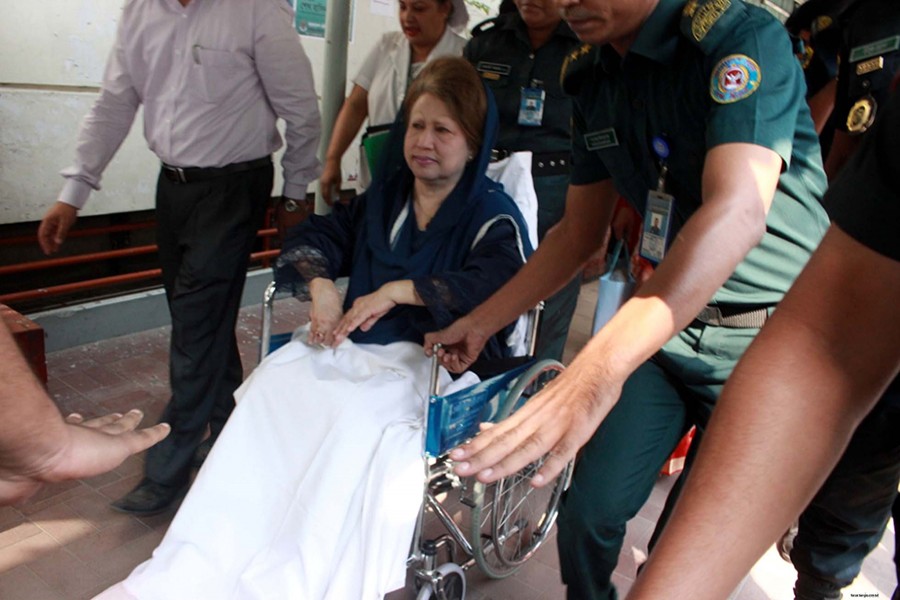 Jail authorities have moved to transfer BNP Chairperson Khaleda Zia to the Old Dhaka jailhouse from hospital for a court appearance in the Niko graft case.

The move came after a decision to set up a makeshift court in the old central jail on Nazimuddin Road.

Former prime minister Khaleda Zia, who has been taking treatment at Bangabandhu Sheikh Mujib Medical University Hospital (BSMMU), is the key suspect in the graft case, according to a bdnews24 report.

Police have tightened security around the hospital and Nazimuddin Road area. A police car has been kept on standby to carry Khaleda to the jailhouse.