Khaleda undergoes biopsy test, but ‘out of danger’, Fakhrul says 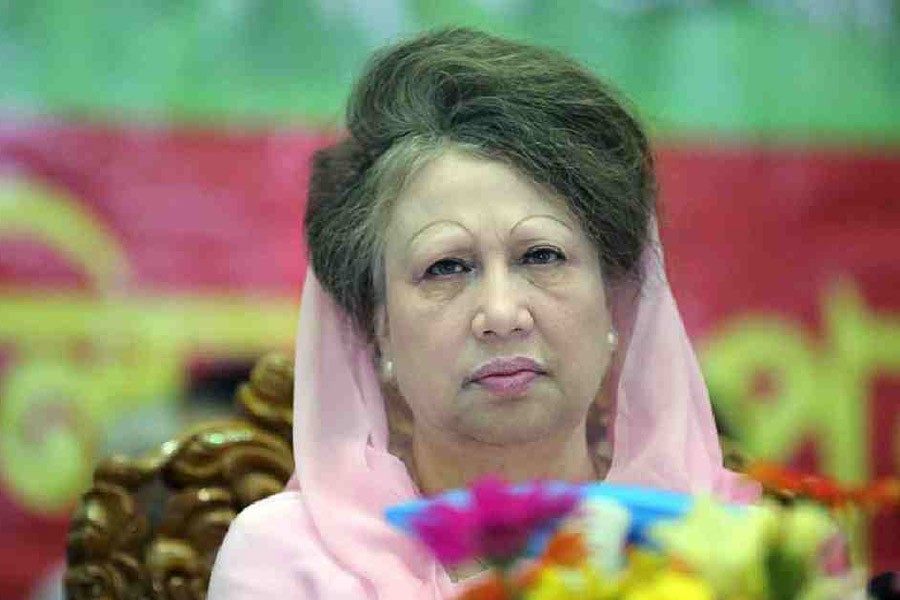 “I want to assure you that our leader Khaleda Zia is absolutely fine,” Fakhrul told a press conference at BNP chairperson’s Gulshan office, reports UNB.

He said their party acting chairman Tarique Rahman talked to Khaleda. “Her brother (Shamim Iskander) also talked to her. Her doctors have assured us that she’s out of danger. They think there’s no sign of any danger to her.”

As his attention was drawn to media reports on Khaleda’s critical health condition, he said it was wrong information. “It’s very unfortunate. Why should the media be so irresponsible? They should have confirmed it by talking to the people concerned.”

Khaleda has a lump

Khaleda’s personal doctor Prof AZM Zahid Hossain said the BNP chief has a small lump in one part of her body.

“She was taken to OT (Operation Theater) today (Monday) for a small biopsy test to detect the nature of origin of the lump,” he said.

After the biopsy at Evercare Hospital, Zahid said all her health parameters are stable at the moment. “She’s undergoing treatment at the surgical ICU.”

Replying to a question, Dr Zahid said biopsy does not mean any treatment. “A biopsy is part of a diagnostic process which will determine the base of the next treatment.”

Asked when the biopsy report would be available, he said, "Scientifically it takes 72 hours to get the results of a biopsy. In some cases, it may take 15 to 21 days in a place like America. So, we’ve to wait for the biopsy report.”

Zahid said Khaleda urged all to pray for her speedy recovery.

Asked about the lump in Khaleda’s body, Fakhrul said every patient has his/her privacy and there are ethics to maintain it.

Dr Zahid said the medical board at the Evercare Hospital gave the opinion that 76-year-old Khaleda needs treatment at a dedicated advanced centre abroad as he has been suffering from various health complications.

Fakhrul said doctors have been repeatedly saying that there is no advanced treatment facility in Bangladesh for the complete treatment of the multi-disciplinary diseases of the BNP chief.

He lamented that though Khaleda’s family sought permission to send her abroad for treatment, the government ‘denied’ it. “A former prime minister has the right to get treatment like other citizens of the country. But the government didn’t recognise her right.”

“I’m saying again today she needs advanced treatment at an advanced centre. It’s now very necessary for her. We don't think there’s any legal barrier to it and she is entitled to bail. Getting bail is her right, not a pity. The government should give her a scope to go abroad immediately,” the BNP leader said.

He also warned that the government will be held cent percent responsible if anything bad happened to Khaleda Zai for lack of advanced treatment.

On October 12, Khaleda Zia was admitted to Evercare Hospital for the second time with fever and some other health complications.

The BNP chief has been undergoing treatment under a medical board formed earlier. Her doctors said she has been suffering from rheumatoid arthritis, diabetes, ophthalmological and dental complications.

Her family applied to the government twice in May and August this year seeking permission to take her abroad for better treatment, but the government turned it down saying there is no scope for a convicted person to avail of such a scope.

On April 27, Khaleda was admitted to Evercare Hospital with Covid infections. She received treatment there until June 19 for post-Covid complications and some other underlying health problems.