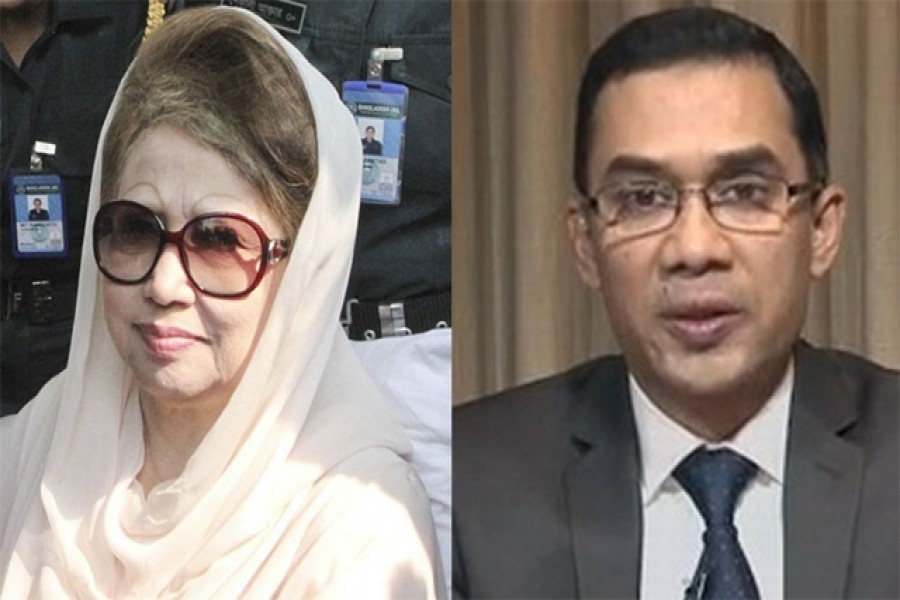 BNP leaders Khaleda Zia, Tarique Rahman and Mirza Fakhrul Islam Alamgir are named in a complaint filed with a Dhaka court over the vandalism of Bangabandhu's sculpture and inciting the anti-sculpture movement led by various Islamist groups, reports bdnews24.com.

AB Siddiqui, president of Jananetri Parishad, submitted the case petition for violation of the Penal Code to the Dhaka Chief Metropolitan Magistrate's Court on Wednesday.

After hearing the plaintiff's statement, Metropolitan Magistrate Satyabrata Sikder set aside the matter for an order.