No other BNP leader attends it either 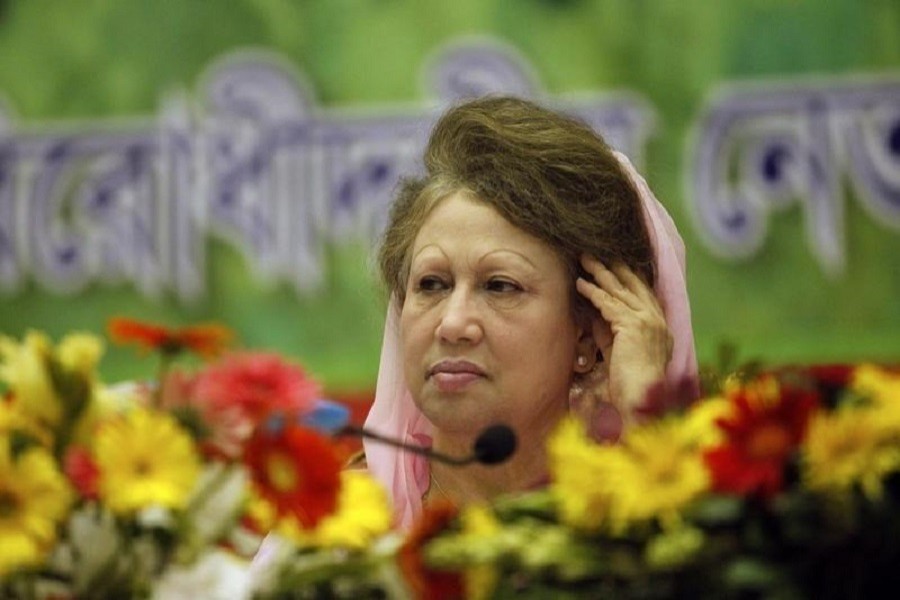 Chairperson of the BNP Khaleda Zia did not attend the Armed Forces Day reception on Tuesday at Senakunja for the fifth successive year.
Although a BNP delegation used to join the reception in her absence over the last four years, no BNP leader was seen at the event this time.
The party, however, did not formally cite any reason for her not attending the event.
When asked, BNP Secretary General Mirza Fakhrul Islam Alamgir told UNB that he is out of town on a three-day tour to Rangpur and Thakurgaon. "As I'm out of town, I couldn't join the programme."
BNP Standing Committee Member and former Army Chief Lt Gen (retd) Mahbubur Rahman said he could not go to the programme due to his illness. "I had to undergo an eye surgery. That's why, I couldn't go there."
Mahbub, however, said he is unaware of any reason as to why their Chairperson and other invited leaders skipped the programme.
Sources in the BNP said Khaleda, Fakhrul, Mahbub and BNP Chairperson's Adviser Sabihuddin Ahmed were invited to the programme through sending cards.

Khaleda last joined the reception at Senakunja on Armed Forces Day in 2012. Prime Minister Hasina also attended it, but they avoided each other.
Both Khaleda and Hasina, however, attended the iftar party of the Armed Forces Division in 2009, when they were seen talking to each other for the last time.
Fakhrul represented the party at the Senakunja reception programme in 2013, 2014, and 2016 while Lt Gen Mahbub in 2015.
Armed Forces Division organised the reception for the successors of Bir Shresthas (highest award for the freedom fighters) as well as the selected gallantry award recipient freedom fighters and their successors.
Prime Minister Sheikh Hasina and other high civil and military officials attended the function.