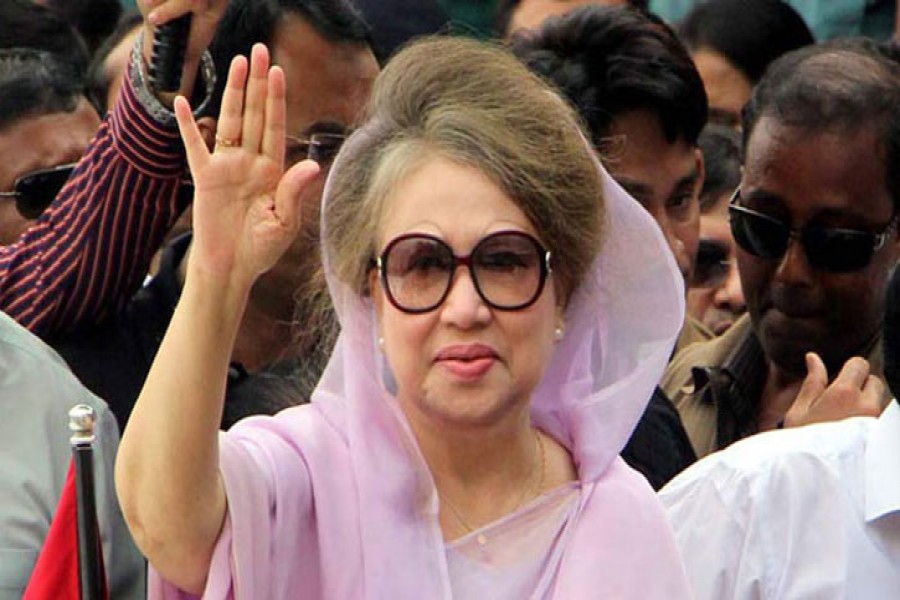 A senior lawyer who placed the closing argument in favour of Khaleda said that it was a coercive trial… not a trial at all.

“The court will consider everything and come to decide to let off my client (Khaleda) with respect and honour,” he said at the conclusion of his argument.

The closing argument of Khaleda was placed from 11:45am on Tuesday until 1:30pm.

After hearing, Judge Md Akhtaruzzaman of the Special Court-5 in Dhaka adjourned the court until 2:00pm after dismissing a non-appearance petition of Khaleda for Wednesday and the day after.

The other accused will place their closing arguments after the court takes seat.