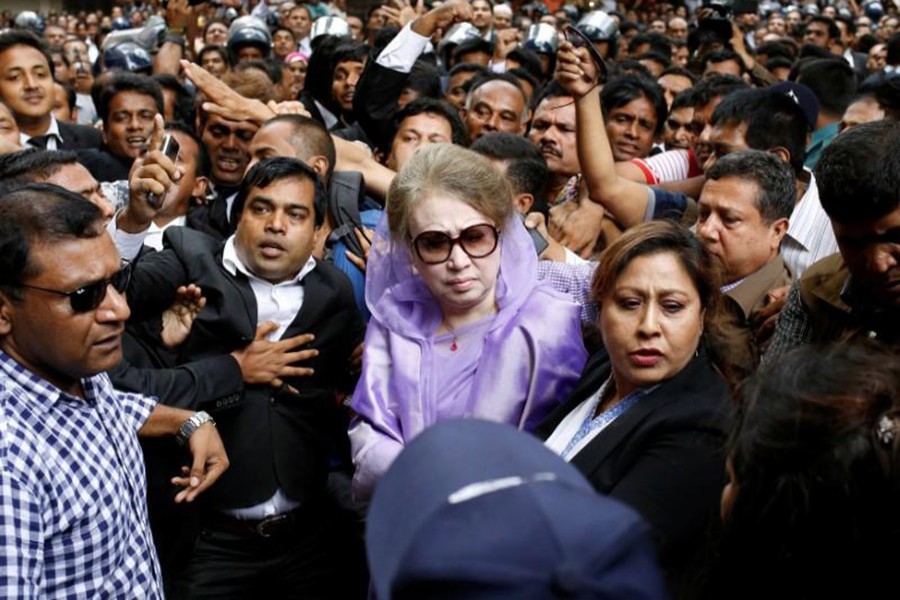 BNP Chairperson Khaleda Zia has entered the Bakshibazar special court in the city as the verdict of Zia Orphanage Trust graft case against her and her son Tarique Rahman is set to be delivered on Thursday.

The BNP chief reached the court around 1:45 pm from her Gulshan residence amid tight security.

The Anti-Corruption Commission filed the Zia Orphanage Trust graft case on July 3, 2008 with Ramna Police Station accusing Khaleda, her eldest son Tarique Rahman, now living in the UK, and four others of misappropriating over 21million that came as grants from a foreign bank for orphans.