Khaleda gets five years in jail

Khaleda lands in old central jail; Tarique and four others each get 10-year jail term 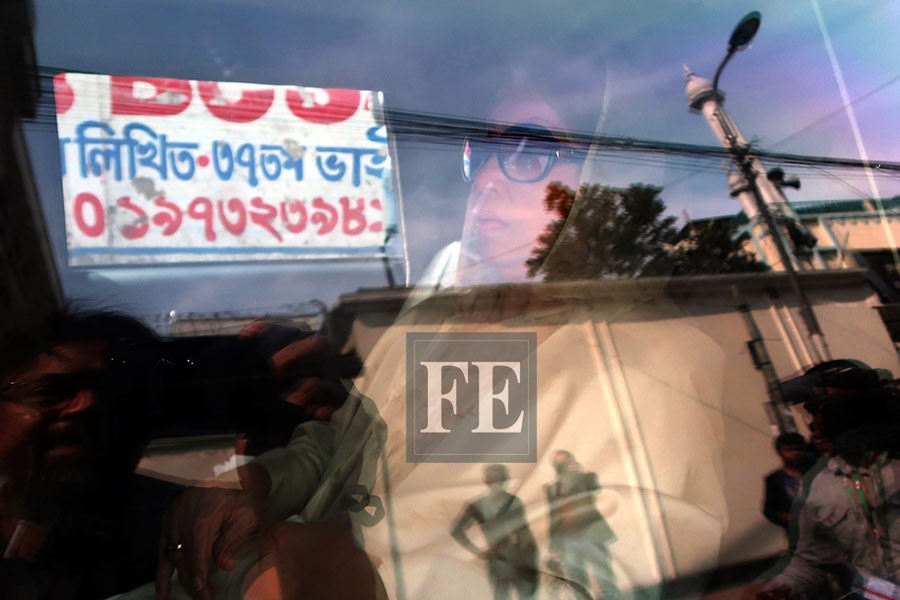 BNP Chairperson Khaleda Zia on her way to the special court at Bakshibazar of Dhaka on Thursday. Photo: Shafiqul Alam

Five other convicts, including Khaleda's son Tarique Rahman, each got 10 years of jail.

The judge also fined them each over Tk 21 million.

After Jatiya Party Chairman HM Ershad, Khaleda is the second head of the government convicted in a graft case.

UNB said, earlier on January 25, Judge Akhtaruzzaman fixed the date for announcing the verdict after the defence had closed their arguments in the case.

Later, the BNP chief was taken to old Dhaka central jail from Special Court-5 at Bakshibazar in the city.

Khaleda left the court in a white car around 3pm and reached the jail gate around 3:13 pm.

The Anti-Corruption Commission filed the Zia Orphanage Trust graft case on July 3, 2008 with Ramna Police Station over the misappropriation of over 21.0 million that came as grants from a foreign bank for orphans.