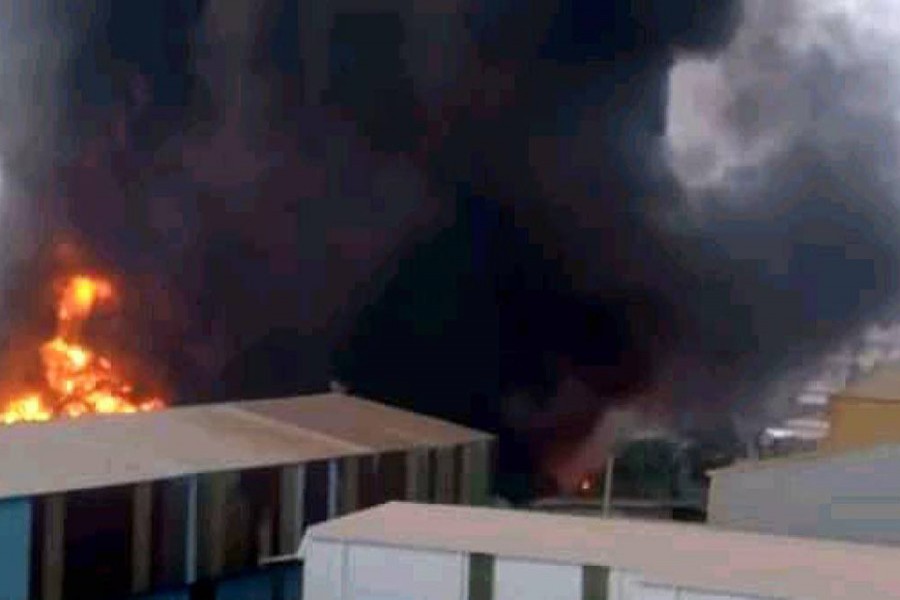 The death toll from a fire that gutted a plastics factory in Keraniganj has risen to 11, police say.

Another 23 people are taking treatment for injuries at the burns unit of the Dhaka Medical College Hospital.

The Fire Service and Civil Defence brought the blaze at the Prime Pet and Plastic Industries Limited factory in Chunkutia area under control around 5:45pm on Wednesday after it originated around 4:30pm, the agency’s Director General Sazzad Hussain told the media.

The authorities could not immediately determine the cause of the fire.

A total of 32 people were admitted to the DMCH’s National Institute of Burn and Plastic Surgery, Bachchu Mia, an inspector at the police camp there, said, bdnews24.com reports.

The company, owned by Nazrul Islam, used the tin-roofed factory to produce one-time plates and cups.

The factory had been operating without the proper regulatory approval, Nasrul Hamid, state minister for power, energy and mineral resources, told reporters after visiting the site on Wednesday night.

The fire service has formed a three-strong probe committee to look into the cause of the fire and its extent of damages.