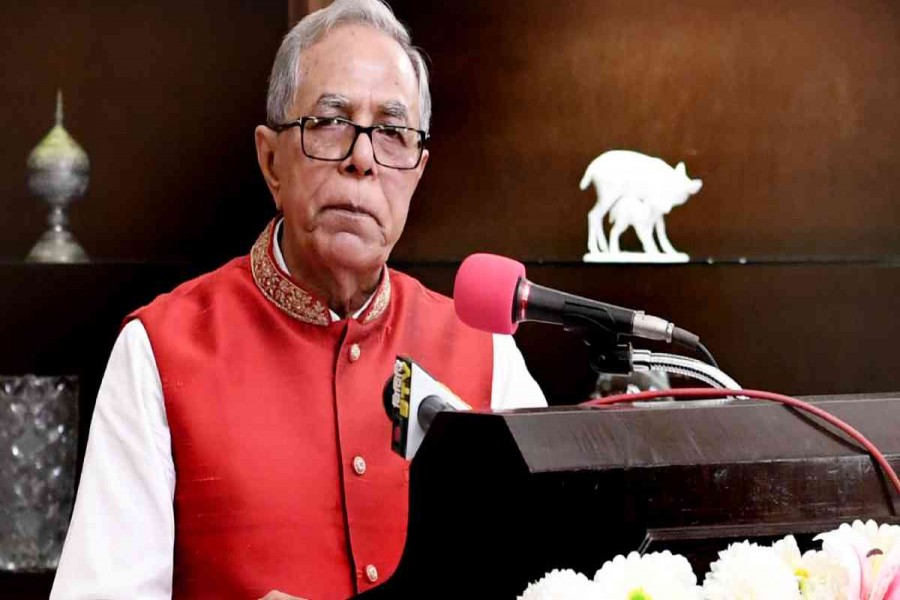 President Abdul Hamid on Monday urged the authorities concerned to encourage people all to keep their houses and surroundings clean for preventing dengue.

He said this while delivering congratulatory speech on the occasion of Eid-ul-Azha at Bangabhaban in the morning.

President Hamid said Eid is being observed at a time when dengue fever has taken a heavy toll on public health and spread all over the country.

He urged everyone to dispose animal waste at designated spots and said unplanned dumping may cause more aedes mosquito infestation, reports UNB.

“The concerned will have to take measures to encourage all to keep their houses and surroundings clean for preventing dengue. You’ll also have to pay attention so that the joy of Eid doesn’t cause sufferings to others. It’s possible to prevent dengue if we’re aware of the situation,” he said, asking people not to panic.

In a message, the President said the spirit of sacrifice of Eid-ul-Azha is a unique example of showing respect and love to the Almighty.

Prophet Ibrahim has set an incomparable example of love, obedience and sacrifice to Allah by taking steps to sacrifice his beloved son Prophet Ismail at the directive of Allah, he said.

“Azha means Qurbani (sacrifice) or dedicating something. Realising the essence of sacrifice, we’ll have to be imbued with the mindset of sacrifice and restrain to pave the way for establishing peace and welfare in society,” President Hamid said.

He said peace and brotherhood will be established in society if the lesson of sacrifice is reflected in our personal and social lives.

The President said Qurbani teaches us about sacrifice. “So, reflect the lesson of sacrifice in your personal, social and national lives without confining Eid to celebrations and work for creating a pollution-free environment,” he said.

Abdul Hamid urged the affluent people to come forward to extend their support to end the misery and sufferings of the flood affected people.

“People from different parts of the flood affected region have been suffering ... they’re deprived of the joy of Eid,” he said.

Advisors to the Prime Minister, ministers, the chief justice, army and navy chiefs, diplomats, police chief and other prominent people joined the programme.

Secretaries concerned to the President were also present.

Covid test report not mandatory for Bangladeshis to go to Singapore

DMP to fire 26 cops involved in drug use

'Hasina: A Daughter’s Tale’ to be aired on television on her birthday