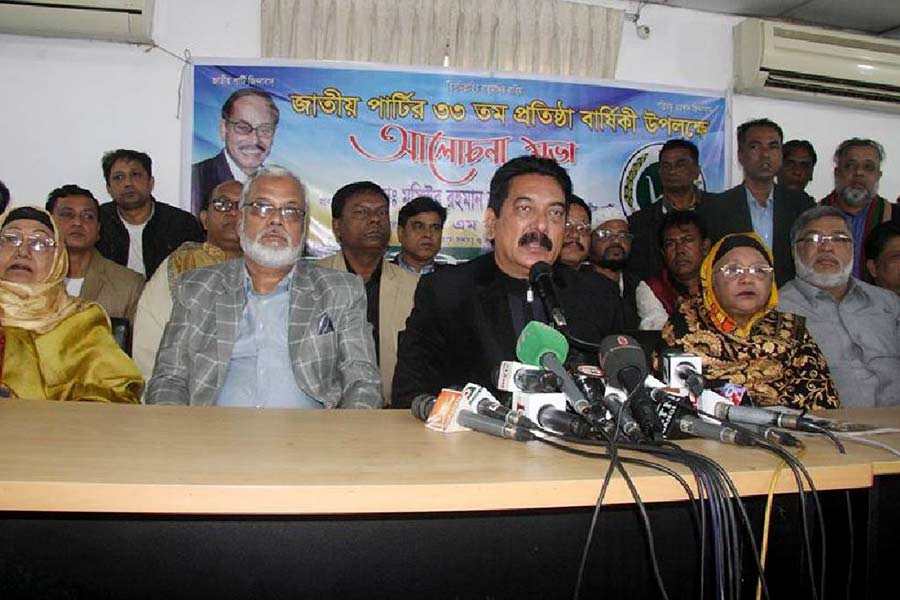 Jatiya Party secretary general Moshiur Rahman Ranga has said they are not happy with results of their party in the 11th parliamentary election.

"We're not happy with the election results as Jatiya Party was supposed to win more seats," he said at a discussion at the party's Banani Office on Tuesday, reports UNB.

Ranga said they will decide on Wednesday whether they will remain as the opposition or be part of the government.

He informed that a joint meeting of Jatiya Party's presidium members and newly-elected MPs will be held at the party chairman's Banani office on Wednesday.

"The meeting will decide whether Jatiya Party will remain there in the government or as the opposition. Later, we'll also discuss the matter with the Grand Alliance," he added.

Ranga said though the party's results are not satisfactory, Jatiya Party is still the second largest party.

"We will work to establish Jatiya Party as a democratic party in the days to come," he added.

"We've to take preparations from now so that Jatiya Party can go to power in the next election," the state minister said.