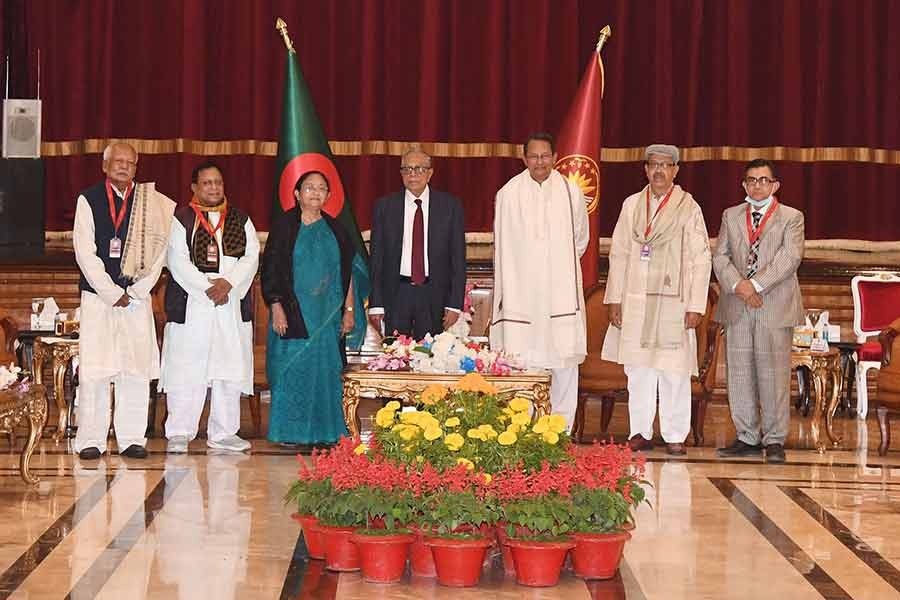 Taking party in talks with President Abdul Hamid, Hasanul Haq Inu-led Jatiya Samajtantrik Dal (Jasod) on Wednesday said the reconstitution of the Election Commission (EC) through a search committee is relatively a good initiative in the absence of a law.

The party, however, requested the President to give the government necessary directions to establish a permanent legal framework for the formation of the EC, reports UNB.

Earlier, President Abdul Hamid sat with a delegation Jasod at Bangabhaban as he continued discussions with the political parties on the formation of the next Election Commission.

The current EC is scheduled to expire on February 14 next year.

President Hamid welcomed the Jasod delegation at Bangabhaban and thanked them for participating in the dialogue.

The President’s talks with the registered political parties over the formation of the new EC began on Monday with the first parley with the main opposition in parliament, Jatiya Party.

After the meeting, Inu said the formation of a commission through a search committee is a relatively good initiative, and they support this system in absence of a legal framework.

The Jasod chief said that their party thinks it is not appropriate to propose any name for the search committee.

Inu said they, however, proposed keeping a female and professor-level person in the search committee.

The Jasod chief said they told the president that it is necessary to include people who have honesty, integrity and acceptance in the committee.

He hoped that other political parties would also take part in the talks with the President and cooperate with him in reconstituting a capable EC.

The President said the opinions of the political parties can play an important role in the formation of the Commission since there is no law for reconstituting the Election Commission.

Hamid sought the cooperation of all political parties in this regard.

Meanwhile, Bangladesh National Awami Party (NAP) has been invited to take part in the dialogue at 4 pm on December 26 while Bangladesher Samajtantrik Dal (BSD) will meet the president at 6 pm the same day, Abedin said.

Bangladesh Tarikat Federation and Khelafat Majlish will participate in the discussions at 4 pm and 6 pm on December 27 respectively while Bangladesh Workers' Party is scheduled to join on December 28 at 4 pm.

On December 29, Bangladesh Nationalist Front (BNF) was invited to join the dialogue at 4 pm while Islami Oikya Jote will exchange their views with the President at 6 pm on the same day.

There are now 39 registered political parties, according to the EC website. But only nine parties have representation in Parliament.