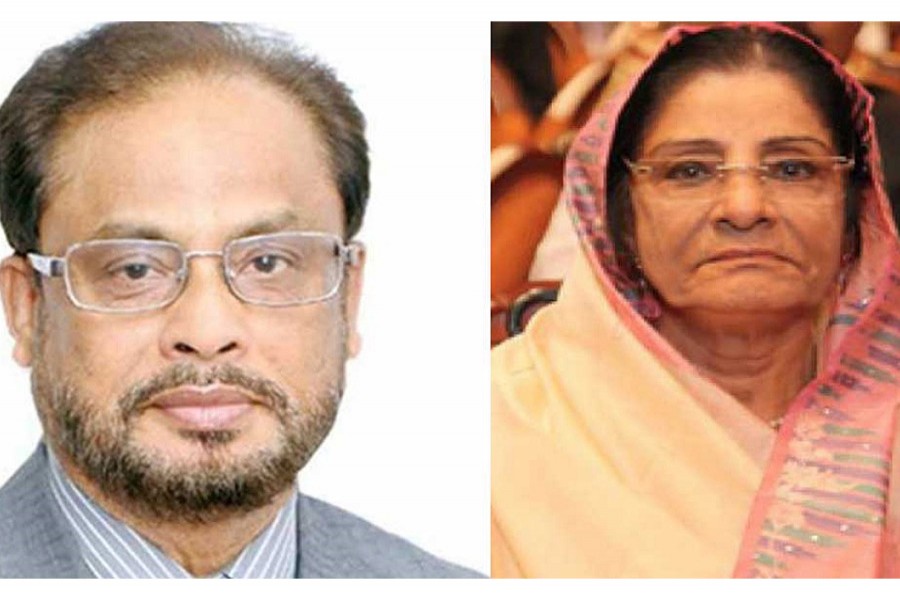 Raushon Ershad and GM Quader have been elected respectively chief patron and chairman of the Jatiya Party (JaPa), the main opposition in parliament, at the party's ninth council for the next three years.

Supreme Court advocate Sheikh Seraj, the chief election commissioner, announced the names at the council in the morning in the capital.

"The central committees will be announced later," he said, adding that there was no division in the party.

"We all have to be united and work together to fulfill the dream of Hussain Mohammad Ershad," he added.

Quader said JaPa does not believe in violence. “The party's activists have to be united to strengthen the ruling government,” the Awami League leader said.

The council started from 10am at The Institution of Engineers, Bangladesh (IEB).

Former secretary general Ruhul Amin Hawlader, Kazi Firoz Rashid, MP, and other senior leaders of the party, among others, were present at the event.