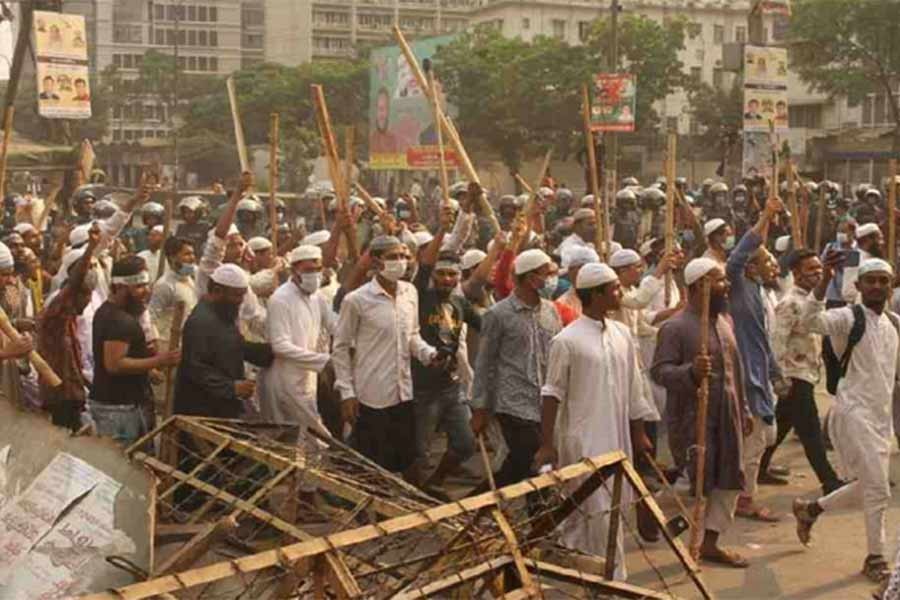 Islamic Gonotantrik Party Chairman MA Awal has said extremists from the anti-liberation and defeated forces like Jamaat-e-Islami and its student wing Chhatra Shibir have joined the ongoing programmes of Hefajat-e-Islam in the country.

The former lawmaker made the allegation in a statement issued on Sunday afternoon, reports BSS.

He said that they did not accept the independence of the country, and even after 50 years of independence, their position has not changed.

He urged all concerned to take legal action quickly against them (the anti-liberation and defeated forces).

If the government investigates the prevailing vandalism of the country neutrally, it will be revealed that the defeated forces of 71 like Jamaat-Shibir are involved in this vandalism, he added.

Urging all patriotic forces imbued with the spirit of the war of liberation to unitedly confront the communal evil forces, he said, “These attacks are being carried out by ‘Harakat-Panthi’ militants and extremists using ordinary students and teachers of Qawmi madrasa.”

He also blamed the Jamaat-Shibir for spreading propaganda and creating confusions among common people through social online media.

He advised all concerned ministries to probe the matter.