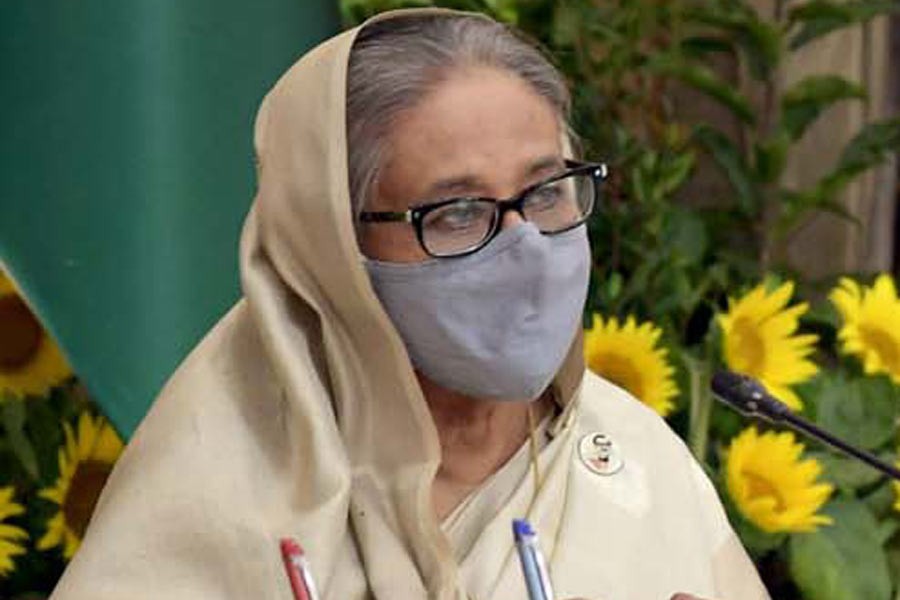 The prime minister came up with the statement while presiding over an Executive Committee of National Economic Council (ECNEC) meeting virtually on Tuesday, reports BSS.

Awami League leader Ivy Rahman was injured in a grenade attack on August 21, 2004. She succumbed to her injuries on August 24 that year at CMH.

She added, "The people do not know it. I reveal the matter to let people know how cruel they were."

The premier called upon the countrymen to pray for eternal peace of Ivy Rahman and others killed in the gruesome August 21 grenade attack.

Sheikh Hasina, also President of the ruling Awami League, said then BNP- Jamaat alliance government even wanted to vanish the bodies of her party's leaders and activists killed in the heinous grenade attack, as they did not want to hand over the bodies to their relatives.

“But the BNP government was forced to hand over the bodies to relatives due to constant vigil of the AL leaders and activists,” she said.

She added that the pro-BNP physicians even did not give any treatments to the people who suffered splinter injuries in the grenade attack.

The prime minister said she had arranged treatments for the injured people at home and abroad.

The Awami League president said that Bangabandhu Memorial Trust had arranged treatment for the injured people.

Sheikh Hasina said the trust is still giving assistance to the injured people and relatives of the deceased ones for their wellbeing.

She added that many of the injured people have already died while many others have become crippled and many are still leading miserable lives with splinter injuries.

Twenty-two Awami League leaders and activists were killed and over 500 others were injured and many of them became crippled for life in the grenade attack.