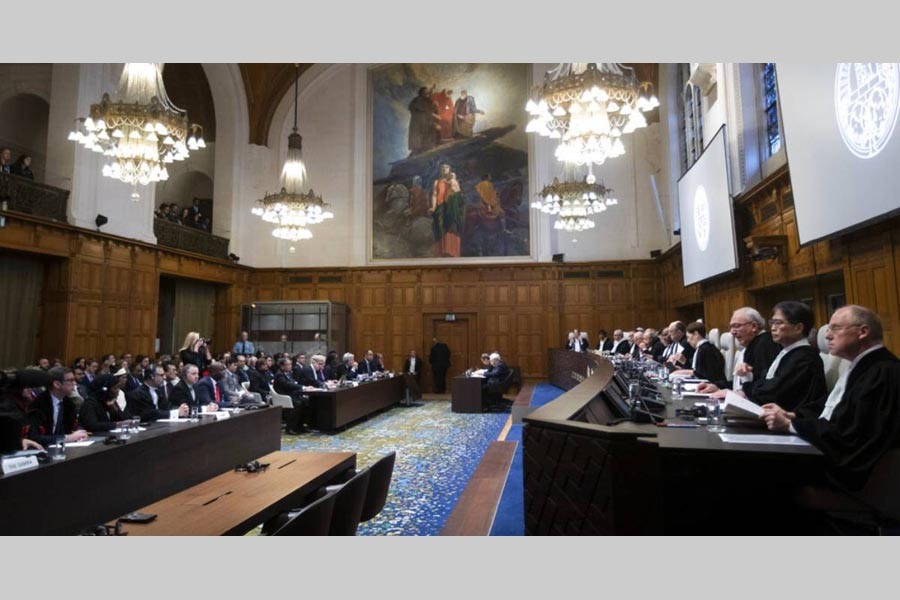 Foreign Minister Dr AK Abdul Momen on Thursday termed the order that came from the International Court of Justice (ICJ) a victory for humanity and a milestone for human rights activists across the world.

“It’s a victory for humanity, a milestone for human rights activists across all nations,” said the Foreign Minister in his reaction from Ecuador, reports UNB.

Dr Momen also said this is a victory for Gambia, OIC, Rohingyas and of course, for Bangladesh.

In a sweeping legal victory for members of the Rohingya Muslim minority, the United Nations' top court on Thursday ordered Myanmar take all measures in its power to prevent genocide against the Rohingya people.

The court's president, Judge Abdulqawi Ahmed Yusuf, said the International Court of Justice "is of the opinion that the Rohingya in Myanmar remain extremely vulnerable."

The ICJ accepted all 4 provisional measure requests in an unanimous (all 15 judges) verdict and asked Myanmar to submit a report within four months confirming measures taken, after that report every six months.

Court used the term 'Rohingya' and also rejected Myanmar’s claim and asked it to stop genocide and atrocities against Rohingyas.

The Foreign Minister said such verdict hopefully will stop the recurrence of ethnic cleansing and genocide in the world.