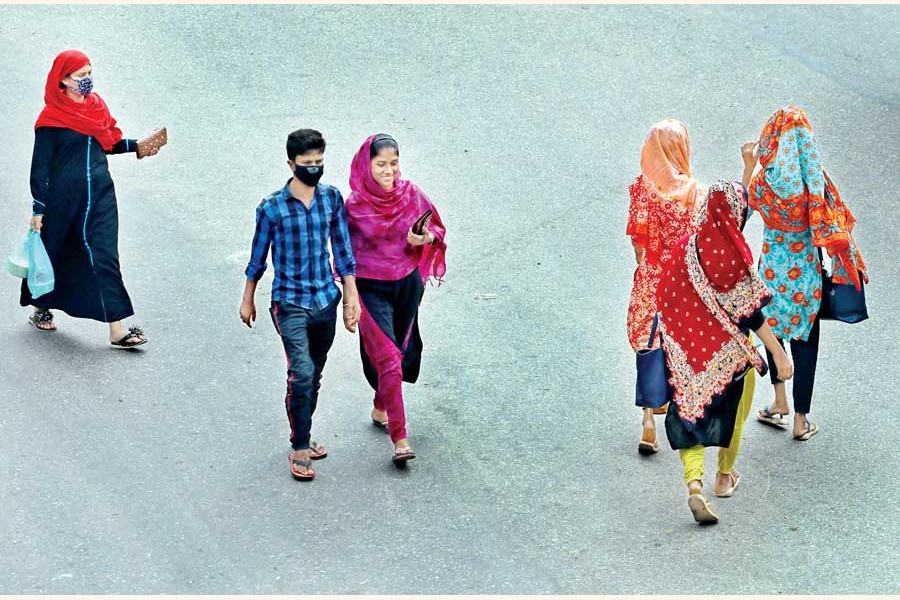 Dhaka South City Corporation (DSCC) Mayor Fazle Noor Taposh on Tuesday revealed that the infection rate at Wari was 50 per cent three days after imposing lockdown there on July 04.

He also declared that the lockdown at Wari, the second red zone of the city, will be intensified to reduce the infection rate.

"The infection rate that we observed in last three days after enforcing the lockdown at Wari has justified the decision to mark it as a red zone. We have found that 50 per cent of the people who gave samples have infection," said the mayor.

He revealed this after holding a coordination meeting of the central management committee on Covid-19 control at Nagar Bhaban in the city.

The meeting was held to review whether the lockdown in that area is being enforced properly and what are the loopholes. The review meeting will be held every week.

The first red zone identified by DG Health was East Razabazar where a 21-day lockdown since June 10 was enforced which yielded a little result.

The mayor acknowledged that the infection rate was not at expected level that could turn it into a yellow or green zone.

"We want to be strict in implementing the lockdown at Wari to reduce the infection rate. I request the residents of the area to be compassionate in following health rules and other instructions to make the lockdown successful," he said.

He also said that although the government has lifted general holidays, the most infected areas have been identified as red zones.

In answering a question regarding request of the businesses of Wari to allow at least one person to go out to keep the business centres open, the mayor said such request cannot be entertained.

"Life is more valuable than livelihood. Rather the businesses have got enough time for taking preparation for the lockdown," he added.