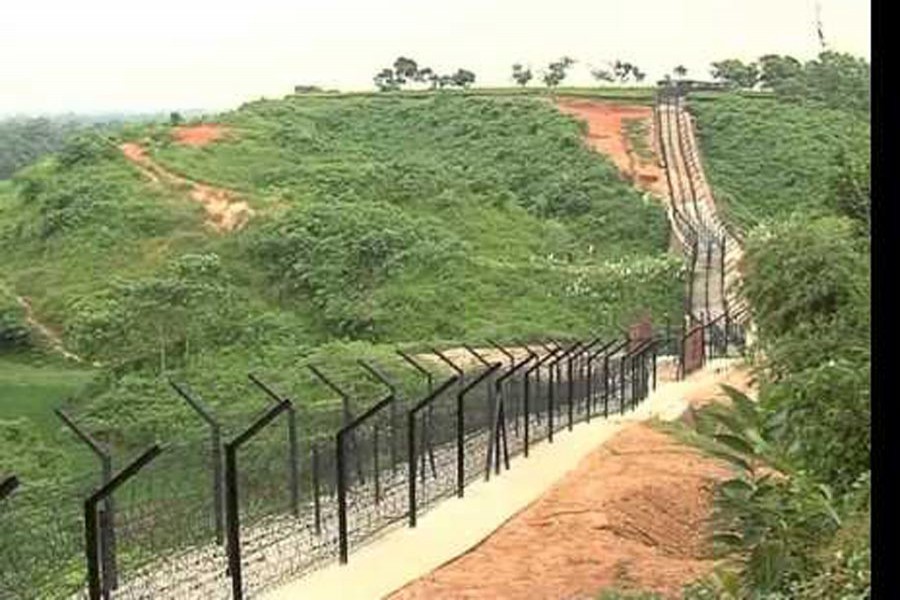 GUWAHATI: Indian union home minister, Rajnath Singh will review the work of border fencing along the Bangladesh border next month, according to a report published on economictimes.indiatimes.com.
Assam Chief Minister Sarbananda Sonowal met Union Home Minister Rajnath Singh in New Delhi and discussed several issues related to construction of roads at inter-state border areas and modernization of the police force.

Chief Minister apprised the Union Minister about the importance of improved roads at inter-state borders of Assam along Meghalaya, Arunachal Pradesh and Nagaland and urged him for taking up expeditious measures.

Sonowal said that improved communication at the border areas would not only benefit the people living in those areas but would also be a milestone step towards development.

During discussion, progress of erection of fencing at Indo-Bangladesh international border was also discussed including technological solutions at riverine areas and erection of smart fencing in the border districts of Cachar, Karimganj, Dhubri and South Salmara.