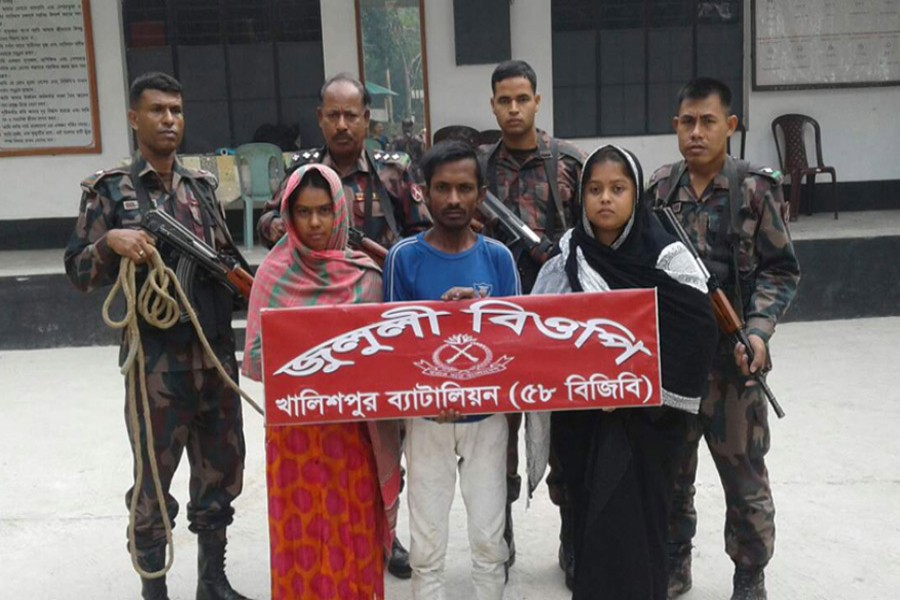 Foreign minister Dr AK Abdul Momen has said India should use a standard procedure to send back Bangladeshis if they live in India unlawfully, instead of pushing them back through the border.

"If any Bangladeshi lives in India unlawfully, India can send them back, but there is a standard system to do that. They can send us the list of such Bangladeshis. We can verify them, and if it is found that they are Bangladeshi citizens, we can take them through the standard procedure. We do not want pushback or push-in," Dr Momen told the FE on Sunday.

India sending people back using force has hit the headlines recently, causing misunderstanding and confusion between the two friendly neighbours, he said.

"Sometimes, the Indian media has raised issues which cause concern among the people of our country," the foreign minister said.

The minister, however, said Bangladesh will not accept anybody from India who is not a Bangladeshi.

Several hundred people were reportedly trying to enter Bangladesh over the last couple of weeks, fearing crackdown by the Indian government in the aftermath of the NRC campaign.

Dr Momen said a vested quarter always lies in wait to create bitterness between Bangladesh and India at a time when 'the two countries are enjoying warmest ties'.

The minister also said he would discuss these issues with his Indian counterpart during their meeting in Delhi on December 14.

"Our discussion will cover the entire gamut of our bilateral ties, including river, mutual cooperation and regional development," he said.

"We will also discuss Rohingya crisis and the ways to repatriate them immediately," he added.

"India has contributions to our victory in the liberation war. So, our victory also means a victory for them and they should also be proud of our development," said the minister.

Top dignitaries of India, including its prime minister Narendra Modi, are going to attend the Bangabandhu birth centenary events scheduled to be held in March next year, he mentioned.

"We have also invited former Indian president Pranab Mukherjee. He will come if his health condition permits," said Dr Momen.