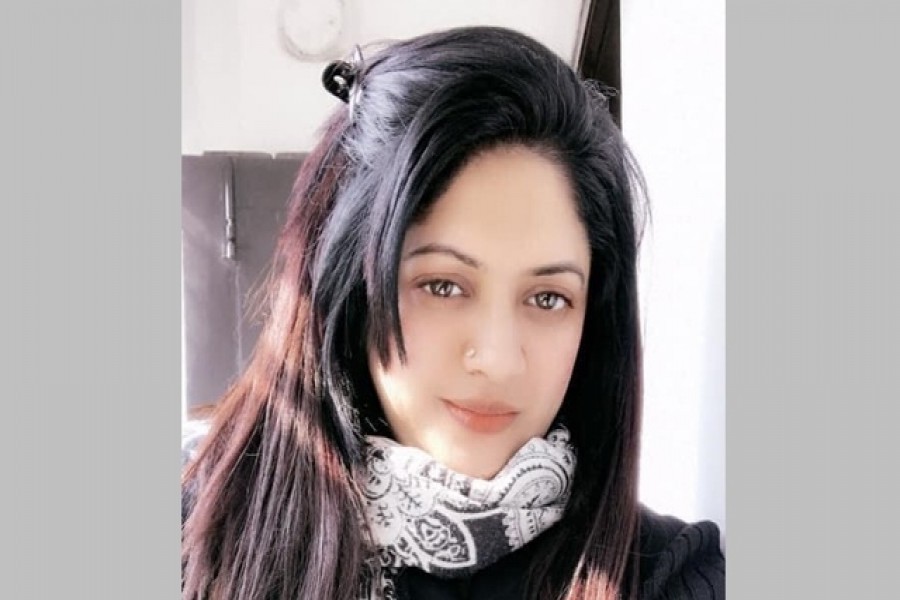 The information was revealed after the two were arrested and questioned, said Dhaka District Superintendent of Police Maruf Hossain Sardar at a press conference on Tuesday.

Shimu’s husband carried out the murder, while his friend helped to hide the body, he added.

The 40-year-old Shimu lived with her husband and two children in Dhaka’s Green Road. She left home on Sunday and never returned. Nobel filed a general diary after she went missing at the Kalabagan Police Station on Monday.

A woman’s dismembered body was found in two sacks by the side of the road near the Hazratpur Bridge in the Aliapur area of Keraniganj on Monday afternoon, reports bdnews24.com.

Nobel and Farhad were both detained and brought to Keraniganj Model Police Station after the body was found.

After extensive questioning, both were found to be involved with the murder, said police official Maruf.

“Shimu and Nobel were experiencing marital strife over a range of family issues,” he said. “Shimu was killed over these arguments at some point between 7 am and 8 am on Jan 16.”

“She was killed elsewhere. Our initial suspicion is that her body was cut up, put into the sacks and dumped there by car.”

Shimu’s brother Khokon said he grew suspicious after she did not return home on Sunday and her phone was turned off. The family then called everywhere, including hospitals, police stations and the FDC to find her.

When he heard of the unidentified body found in Keraniganj on Monday night, Khokon rushed to the police station and identified his sister’s body.

He then filed a formal complaint with police against Nobel, Farhad, their driver and three others.

Police then arrested Nobel and Farhad and seized Nobel’s car. Traces of blood were found in the car, Khokon said.

“Shimu’s husband Nobel and his childhood friend Farhad are currently in police custody. A case is being prepared.”

Shimu made her film debut in Kazi Hayat’s ‘Bartaman’ in 1998. She starred in as many as 25 films with noted film directors including Delwar Jahan Jhantu, Chashi Nazrul Islam, and Sharifuddin Khan Dipu

She was an associate member of the Bangladesh Film Artistes Association. In addition to films, she also worked in TV dramas and produced as well.