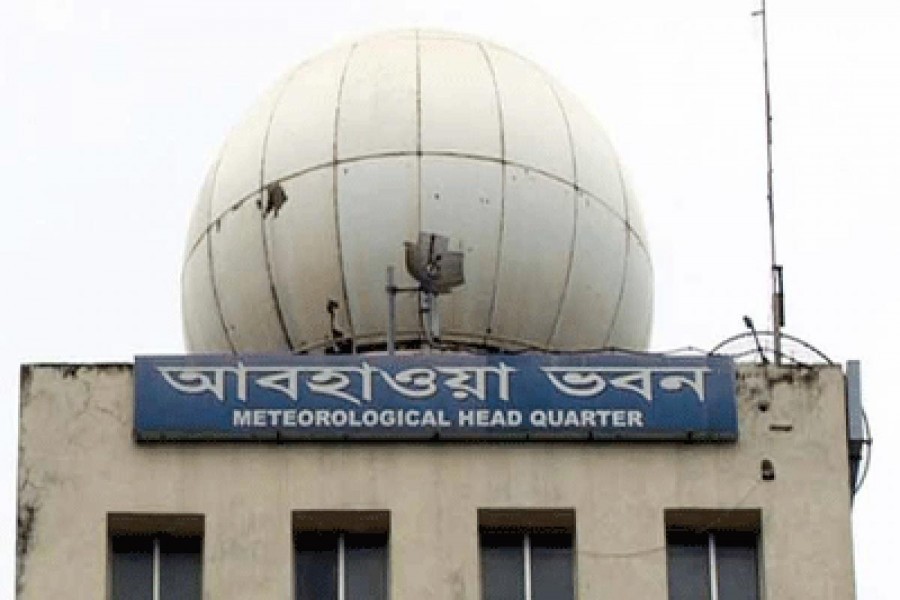 The hot and humid weather continued in the city, and is likely to continue further, with only 2.0 mm rainfall from Wednesday morning to Thursday morning, said officials.

The city's maximum temperature was recorded at 33.4 degree Celsius on Thursday noon.

Humidity was 81 per cent till Thursday noon which declined to 69 per cent in the evening amid a wind with speed of 10-15 kph, said the Met Office.

Meteorologist Dr Sadequl Alam said this boiling condition from morning to afternoon might persist for next few days in the city until beginning of heavy rain.

The Met Office forecasted moderate to heavy rain might occur in most of the places over Khulna, Barishal and Chattogram divisions in next one day.

Rain might also fall in some places over other five divisions, said the Office.

Flood situation in the country’s central and northern regions worsened further as riverbank erosion intensified in several areas on Thursday.

Although flood water has started receding in northern regions but riverbank erosions by the receding waters was raising woes of the flood-affected people.

A large number of houses, structures, trees and crops on a vast tract of land were washed away by flood waters and strong current of rivers in different flood-hit areas.

Bangladesh Water Development Board (BWDB) officials said incidents of sporadic riverbank erosions have been reported from around 50 points alongside the major rivers in Kurigram, Gaibandha and Lalmonirhat districts.

The erosion has taken serious turn at the places along the riverside areas.

Water level in Brahmaputra-Jamuna river may fall in next four days and then start to rise.

Flood situation in Kurigram, Bogra, Gaibandha, Jamalpur, Sirajganj, Tangail and Manikganj district is likely to improve over the next five days, according to Flood Forecasting and Warning Center (FFWC).

Padma River might steadily rise for next two days.

Water level at Goalondo station at Rajbari District, Bhagyakul station at Munshiganj and Sureshwar station at Shariatpur district might improve in next three days.

Sitalakhya River might rise during the next seven days.

As a result, the flood situation in the low lying areas of the district might deteriorate further.

This might result in further flooding in low lying areas of Dhaka over the next seven days.