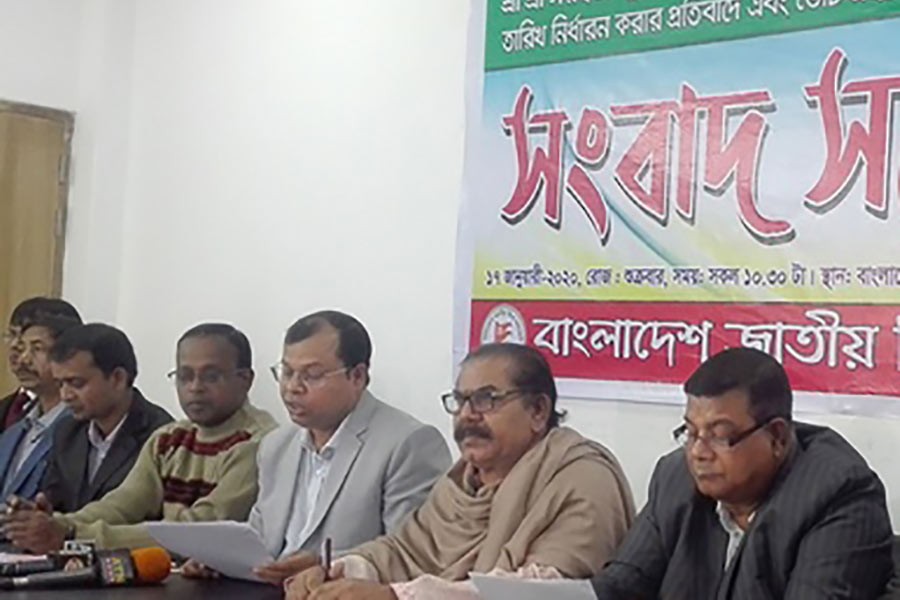 The Bangladesh Jatiya Hindu Mohajote, a platform of Hindu community in Bangladesh, has threatened to boycott the Dhaka city elections if the election commission go ahead with the polls as scheduled on the day of Saraswati Puja.

The organisation said they will perform their rituals on the streets in front of the National Press Club before bringing out a procession with black flags at 8:00 am on January 30, if the election is not rescheduled.

The EC has lost the Hindu community's trust by scheduling the election on the day of Saraswati Puja, the organisation said at a media briefing on Friday, reports bdnews24.com.

Its spokesperson Polash Kanti Dey demanded the resignation of the chief election commissioner and said, “Those who want to hold an election without considering the rights of a certain community should not hold a constitutional post.”

He urged candidates from all political parties to express solidarity with the demand to reschedule the city elections. "We don’t have any faith in this commission anymore,” said Polash.