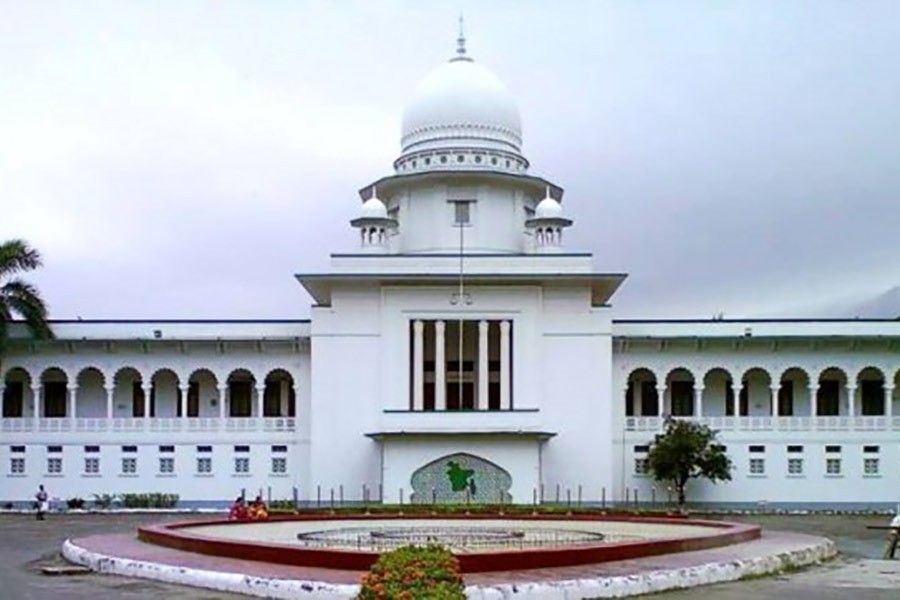 In the full text of a verdict, the Appellate Division of the Supreme Court observed that the High Court cannot pass any order or direction in a matter of administrative policy of the Government or any policy decision matter following a writ petition.

It also observed that the upgradation of a post described in the Rules, 1992 is a policy decision of the Government. Similarly, promotion is an administrative decision that rests upon the higher administrative authority of the concerned department based on the requisite qualifications and satisfactory service records of the candidates.

A three-member bench of the Appellate Division headed by Justice Md Nuruzzaman passed the observation after hearing a civil petition for leave to appeal filed by the Local Government Division, Ministry of the Local Government, Rural Development and Cooperatives.

The apex court delivered the short judgment on August 29 this year, while the full text has been released on the SC website recently.

According to the judgement, five ‘Assessor’ of different Pourashava of the country filed a writ petition with the High Court seeking direction upon the concerned bodies of the government to upgrade the pay scale of the petitioners in Grade-X and to pay all arrear dues to the petitioners from the date of their appointment.

On several occasions, the petitioners requested the respondents to address the issue but without response. The petitioners served notice for demand of justice upon the concerned bodies of the government to amend the existing Organogram in line with the Rules, 1992 but to no avail. Finally, they filed a writ petition.

After hearing the appeal petition the apex court modified the HC order and expunged a part that asked the authorities to upgrade the scale of Assessor so that they may be promoted as qualified Assessors to the post of Chief Assessor preferably within six months from the date of receipt of this judgment.