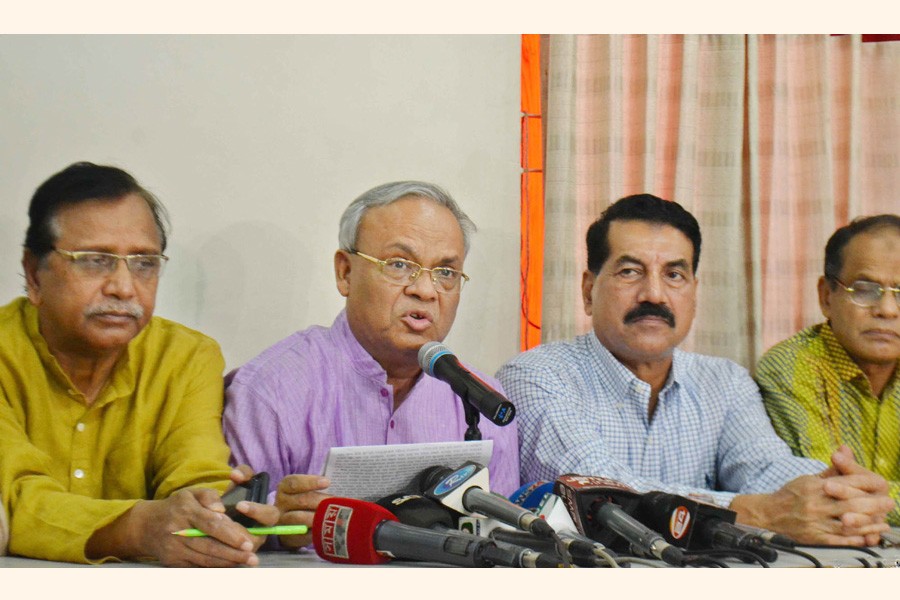 "Prime Minister Sheikh Hasina at a discussion recently said no question would have arisen about the election had there been Baksal introduced by Bangabandhu Sheikh Mujiubur Rahman. With this, she just indicated in advance about what she's going to do," he said.

BNP senior joint secretary general Ruhul Kabir Rizvi made the comments while speaking at a press conference at the party's Nayapaltan central office in the city.

He further said, "Sheikh Hasina's comment has also exposed she's dreaming of staying in power forever without any election and competition like her late father by restoring the one-party despotic rule of Baksal."

The BNP leader questioned as to how fair election can be held under 'Baksal' where there is no system of voting and multiparty politics.

"The head of the Awami-League government thinks people are so foolish that they will believe whatever she says."

Rizvi said people have sent out a message that they are not fool by not going to cast their votes in the recently held upazila elections.

He said the Prime Minister is now praising Baksal by destroying democracy in the country.

The BNP leader said Sheikh Hasina is doing everything to her whim as she has established 'dictatorship' in Bangladesh.