Hasan Mahmud tells BNP to take preparation for next election 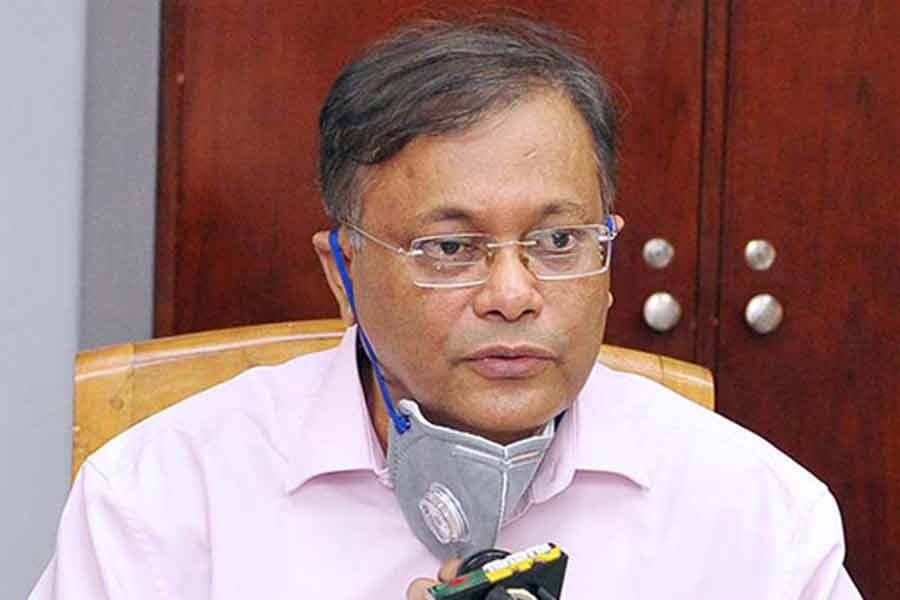 Information and Broadcasting Minister Hasan Mahmud on Friday said the election will be held under the Election Commission during the present government in line with the Constitution like all other democratic countries across the world.

“BNP will gain no benefit in dreaming for the restoration of a caretaker government,” he said, replying to a question from journalists.

The minister was talking to reporters before joining the 11th biennial conference of the Entomological Society at the Agricultural Research Council’s auditorium in the city’s Khamarbari area, reports UNB.

“If BNP makes ill-attempts to create chaos in the name of a movement, it (anarchy) will be resisted taking the people with us,” he said.

About BNP's demand for a caretaker government, Hasan said no government resigns before the election in all the democratic countries like India, Japan, Australia, Europe and even the USA.

He said BNP tried to thwart the 2014 election but failed. In 2018, it also raised the same demand, but finally participated in the general election allying with many parties and secured only five seats (in Parliament).

“So, I would like to tell them to take preparation for the next election without making useless rhetoric,” said Hasan, also a joint general secretary of the Bangladesh Awami League.

“If they try to create chaos, carry out arson violence or burn people in the name of the movement as they did before, it will be resisted taking the people with us,” he said.

At the conference, the minister stressed the need for saving the agricultural lands in the country. The arable lands should not be lost due to unplanned urbanisation and the construction of structures everywhere in unplanned ways.

He said Bangladesh has multiplied its crop production due to agricultural research. “This trend must continue on the path of development,” he added.