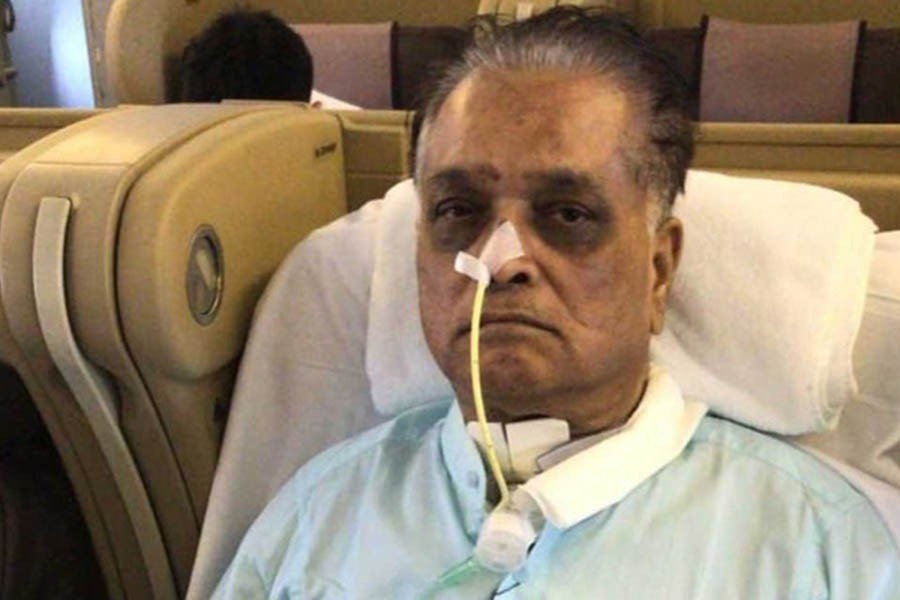 Awami League leader Haji Mohammad Salim, who is currently serving a 10-year jail sentence in a graft case, has been granted parole to join the funeral rites for his elder brother Haji Kayes.

The Ministry of Home Affairs granted him parole until 6 pm, according to Dhaka Central Jail's Superintendent Subhash Kumar Ghosh.

Salim was released from the Bangabandhu Sheikh Mujib Medical University Hospital, where he has been staying under the watch of prison authorities since May 22, reports bdnews24.com.

Kayes passed away in his residence in Dhaka's Shyamoli on Friday at the age of 72.

He had been suffering from various old-age complications, said Mohiuddin Ahmed Belal, an aide to Haji Salim's son Erfan Selim.

A funeral prayer was held at the Chawkbazar Shahi Jame Mosque after the Friday prayers, Mohiuddin said, adding that Kayes would be laid to rest at the Azimpur graveyard.

On May 22, the High Court rejected Haji Salim’s bail plea and ordered him to serve out his prison sentence after creating a controversy by travelling abroad in April.

He was later admitted to Bangabandhu Sheikh Mujib Medical University Hospital and has been there ever since.