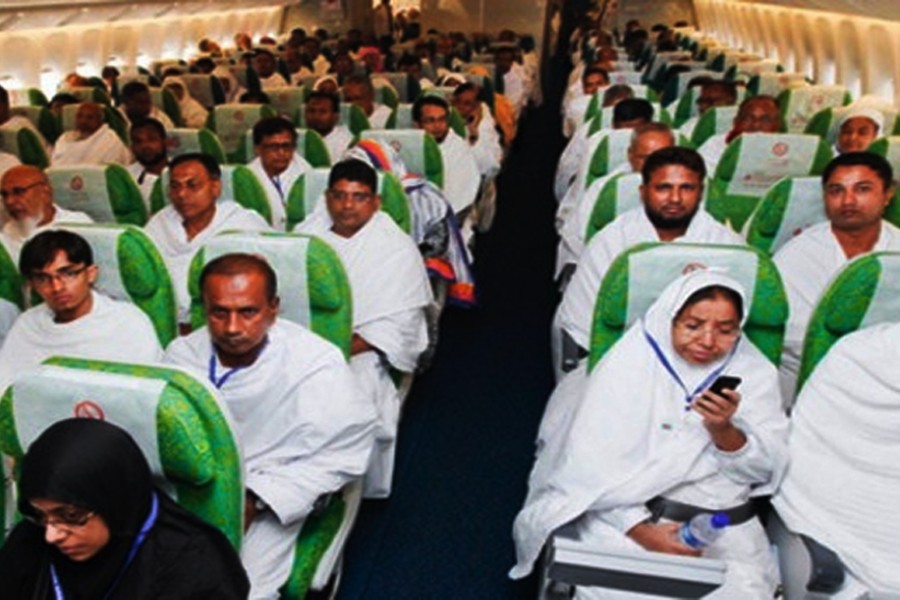 The cost for performing hajj in 2020 under private management has increased to Tk 361,800 from the previous year's Tk 345,800 due to hike in airfare and visa processing cost, according to private operators.

Hajj Agencies Association of Bangladesh (HAAB) leaders came up with the announcement at a press conference at a city hotel on Thursday.

"This is for the first time, we've introduced super economy package, keeping affordability of many people in mind," the HAAB president said.

"The costs of airfare and visa fee have increased by Tk 10,000 and Tk 7,000 respectively. It augmented the total expense."

The hajj agencies can declare more packages, but none will be allowed to announce hajj package below the minimum rate of Tk 317,000 to ensure minimum services to the pilgrims.

Giving explanation over introduction of two categories, he said the hajj packages are categorised according to distances of the pilgrims' accommodations from Masjid al-Haram.

According to the private hajj operators, every pilgrim under private management will have to pay an additional Tk 12,000 for a Qurbani coupon from the Islamic Development Bank in Saudi Arabia.

A total of 138,198 Bangladeshis are set to perform hajj this year. Of them, 17,198 will perform the ritual under the government management, and the rest under private management, according to official data.