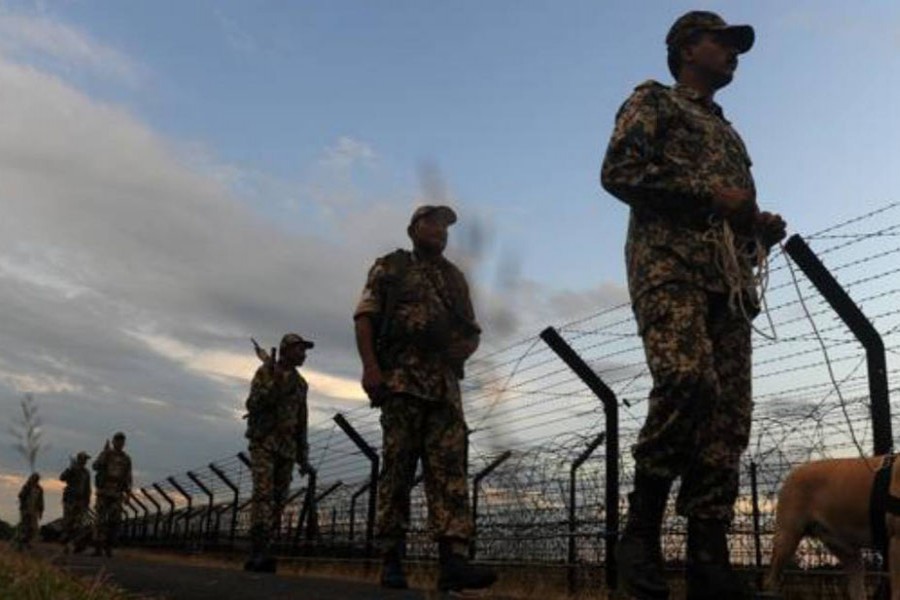 Food Minister Sadhan Chandra Majumder on Saturday said the government will not take the responsibility if anyone is shot to death along the border while bringing cattle from India.

He made the remarks while talking to reporters after attending the founding anniversary programme of Damkurahat High School in Poba upazila of Rajshahi, report UNB.

“It’ll be pointless to blame others unless our character is good,” he said when asked about the shooting down of three Bangladeshi nationals by members of Indian Border Security Force (BSF) in his constituency Porsha of Naogaon.

On January 23, the three Bangladeshis –- Sanjit Kumar, Mofizul Islam and Kamal Hossain -- were killed by BSF members along Doarpalla border in Porsha upazila of Naogaon.

BSF men also took away the bodies of two of the victims.

The minister said, “We won’t allow anyone to bring cattle from India. Our upazila, district law-and-order committees and BGB adopted a resolution in this regard. Bangladesh government won’t take the responsibility if anyone is shot to death while bringing cattle cutting the barbed-wire fence.”

He also said efforts are on to bring back the bodies of the two Bangladeshi nationals.

Border killing has been a contentious bilateral issue between the two neighbours who share a porous 4,100-km border.

Delhi had promised to bring down border killings to zero over the years but the BSF continues to shoot dead Bangladeshis along the border.