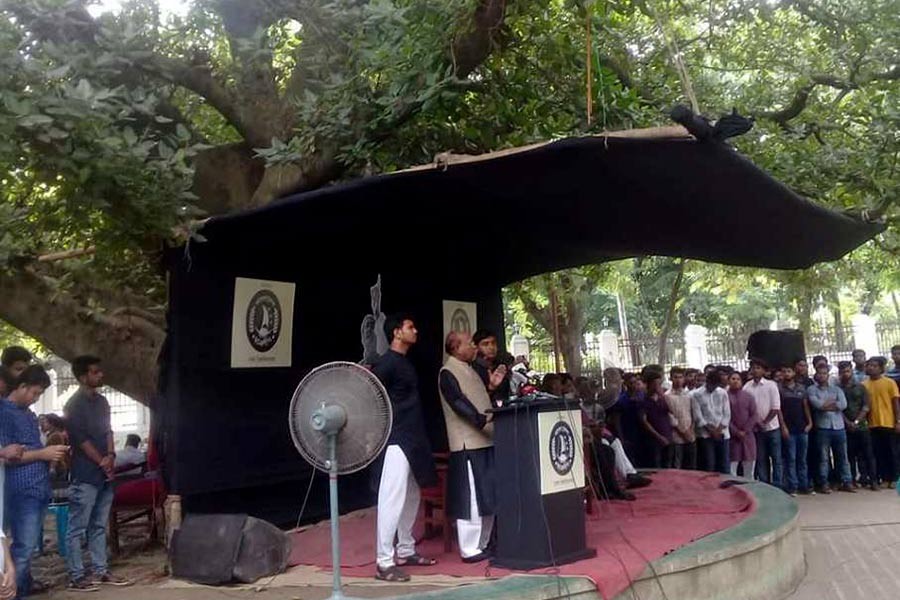 Commerce Minister Tofail Ahmed has said the government will take strict action if anyone wants to destabilise the country in the name of hartal and blockade centring the upcoming national parliamentary election.

The Awami League leader also said that the government will not interfere in the election.

The minister made the remarks at a discussion commemorating Bangabandhu held at Aparajeyo Bangla premises of Dhaka University (DU) on Tuesday, reports UNB.

"We hope all parties will join the upcoming election. But BNP's existence will be at a stake if it does not join the next general election," said Tofail.

"So we hope all parties including BNP will join the next election," he added.

Commerce minister said, "The election will be held on time as per the Constitution. The Election Commission will conduct the election with efficiency, honesty and devotion under this ruling party."