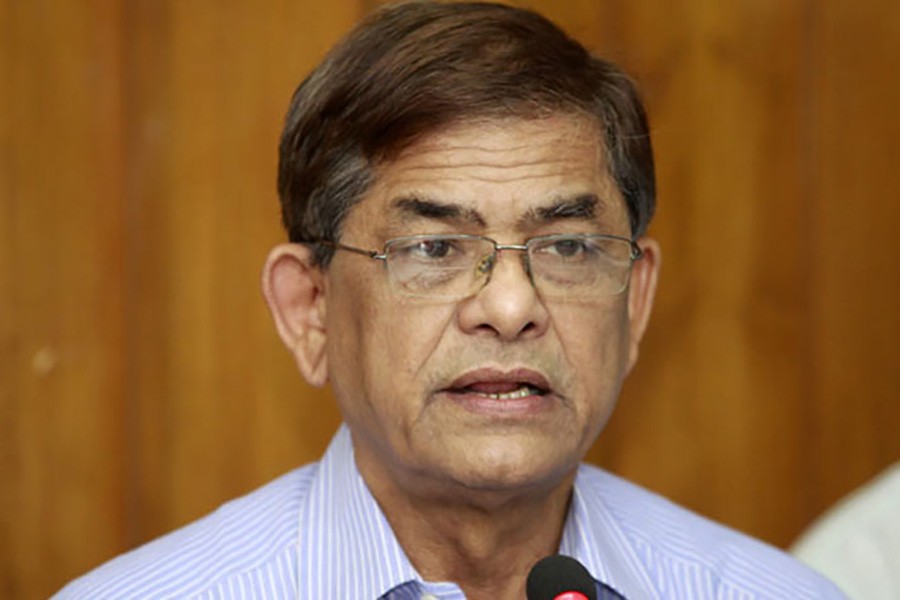 BNP secretary general Mirza Fakhrul Islam Alamgir has alleged that the current government snatched all the basic rights of common people alongside the rights of political parties.

"The illegal 1/11 government had imprisoned our leader (Khaleda) through a conspiracy. But she forced that regime to withdraw the state of emergency and free her. The current fascist government is worse than them (1/11 regime)," the BNP leader said.

Fakhrul also urged his party colleagues to carry out a movement, even if they have to risk their lives, to force the government to free their chairperson Khaleda Zia from jail and hold the next polls under a non-party administration.

Fakhrul criticised the government for what he said repressing and suppressing those students who waged a movement seeking safe roads, reports UNB.

"The government brutally suppressed the students' apolitical movement. Students are being arrested and picked up. Even, girls are not spared," he said.

To get rid of the current situation, the BNP leader said, there is no alternative to political parties to waging a strong movement.

"As a political party, it's our duty to restore democracy, people's rights and free Khaleda Zia. That's why we must wage a movement, even if we have to risk our lives," he said.

Fakhrul called upon BNP leaders and activists to get ready to win the struggle against the government by forcing it to release Khaleda and 'restore' democracy through holding the next election under a neutral government.

Fakhrul said Khaleda Zia has been in jail due to the current government's conspiracy.

"She is not only a former Prime Minister, but also one of the few leaders who struggled throughout their lives for democracy," he said.

Recalling Khaleda's role in democratic movements, he said she was there on the streets for nine years and ensured the fall of an autocratic regime in the 90s.

After the programme, Jatiyatabadi Mohila Dal arranged another milad mahfil on the 2nd floor of the of the BNP office, praying for her long life and early recovery from illness.

Besides, the party is holding doa mahfil in all upazilas and districts across the country praying for Khaleda's wellbeing and release from jail.

Khaleda has been in Old Dhaka Central Jail since her conviction in Zia Orphanage Trust graft case by a lower court on February 8 last.