Govt out to suppress alternative views by regulating judiciary: BNP 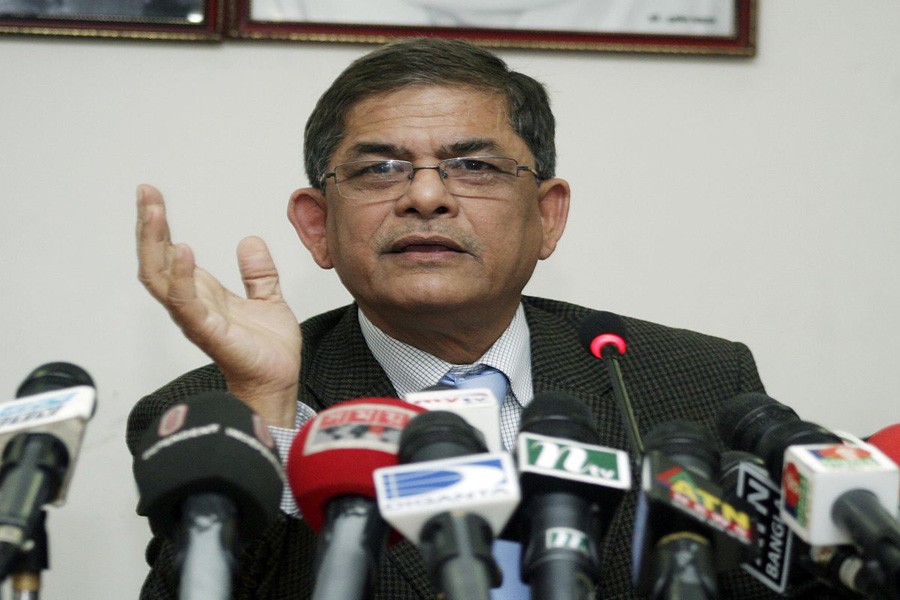 "We've struggled for a long time for the independence of the judiciary, and talked much about it...Now they (govt) have taken the lower judiciary under the administration again," added Fakhrul

The BNP leader said while Speaking at a discussion on Tuesday.

He further said, "The government Monday published the gazette on the disciplinary rules for the lower court judges keeping its control over it. It's a serious deviation and a dangerous plot."

The BNP leader feared that the government will now try to suppress alternative views and paths by regulating the judiciary.

On Monday, the government issued the gazette notification on the disciplinary rules for lower court judges.

On December 2, 1999, the Supreme Court in the Masdar Hossain case issued a seven-point directive, including formulating separate disciplinary rules, for the lower court judges, according to UNB report.

Fakhrul alleged that the government implicated their chairperson Khaleda Zia in many cases to harass her. "They're now carrying out propaganda cooking up an imaginary story in the name of her (Khaleda's) assets abroad. It's a false and fabricated allegation."

Criticising the government for filing defamation cases against Dhaka University teacher Prof Asif Nazrul and Amar Desh acting editor Mahmudur Rahman, he said the ruling party men file cases against those who speak against the party only to suppress them.