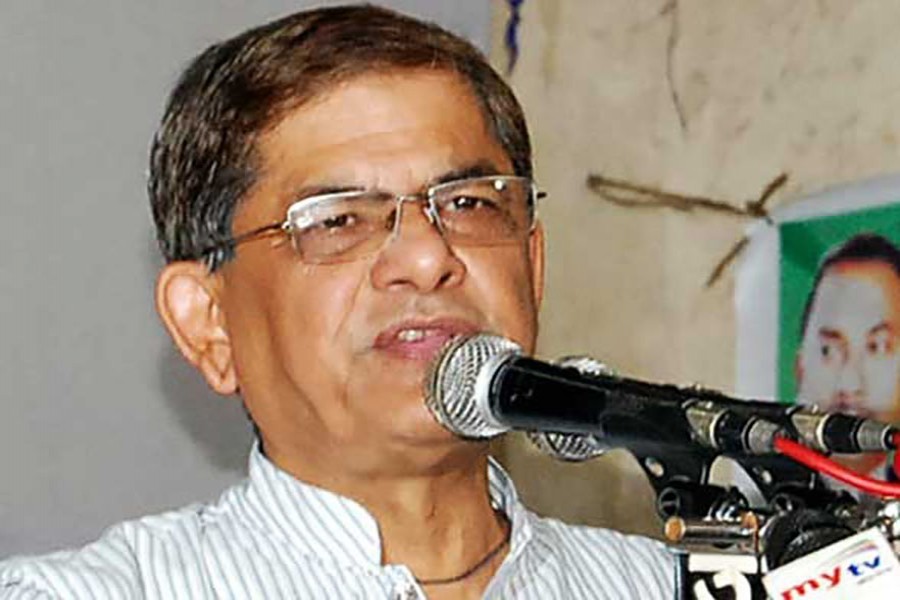 BNP on Monday said the government must release its chairperson Khaleda Zia from jail to demonstrate its intention of holding a fair and acceptable national election.

Speaking at a human-chain programme, he said, "The government must release our leader (Khaleda) from jail. If they do it, we will understand they want an acceptable election."

Fakhrul said the days of the current government are numbered and the government must go as people are not with it.

"A strong unity is now very essential. We will unite. Our party people and all political parties will unite to establish a pro-people government and restore democracy by removing the current monstrous government," he said.

Mentioning that Khaleda Zia, before going to jail, called for a national unity, BNP leader urged all the democratic political parties to get united to force the government for holding a credible national election under a non-party administration to restore democracy.

As part of its countrywide scheduled programmes, hundreds of BNP leaders and activists formed a human chain in front of press club from 10:15 am to 12:00 pm in the city on Monday demanding Khaleda Zia's release from jail, UNB reported.