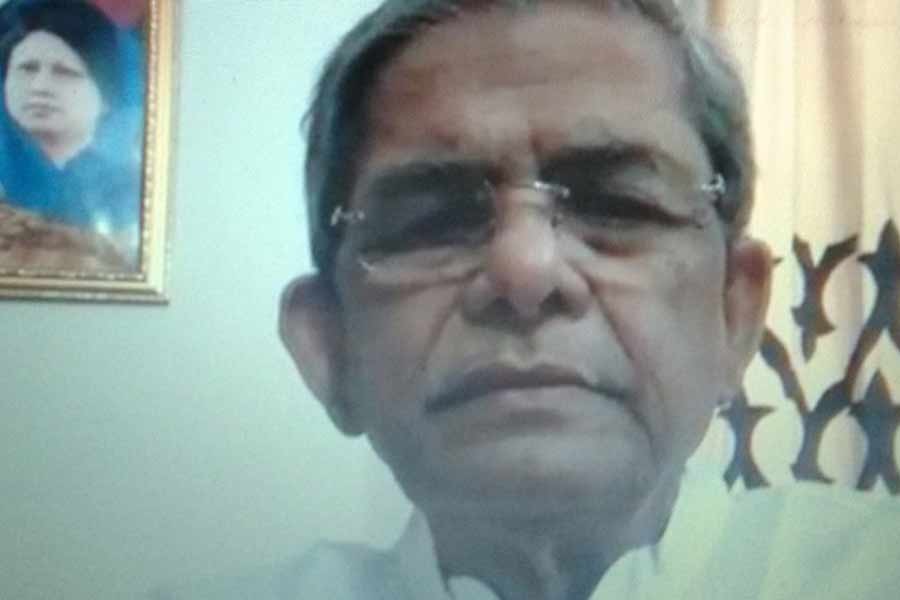 BNP on Saturday alleged that the government has kept educational institutions shut for a long time only to prevent a possible movement instead of protecting students from COVID-19.

Speaking at a press conference at BNP Chairperson’s Gulshan office on the outcome of Friday’s virtual meeting of their party’s standing committee, he called upon the government to resume academic activities in the educational institutions immediately maintaining health safety rules.

He also demanded the government bring the students up to the age of 18 under the COVID-19 vaccination coverage, reports UNB.

About Awami League General Secretary Obaidul Quader’s comment that evil forces are making preparations to create chaos after the reopening of universities, Fakhrul said, “His (Quader’s) remark has exposed that the educational institutions have been kept closed to avoid a movement, not to protect the health of students.”

Referring to a recent report published by Unicef, he said Bangladesh ranks second in the world in terms of the closure of educational institutions at all levels due to Covid -19. “Over four crores of students from pre-primary to higher-education levels have been affected as a result of prolonged closure.”

The BNP leader alleged that the government has raised a question about Ziaur Rahman’s grave at Chandrima Udyan to divert people’s attention to a different direction from its failures and misdeeds.

He said Zia was buried at Chandrima Udyan following a janaza joined by lakhs of people. “The then Army Chief Ershad (HM Ershad) himself carried his (Zia’s) body.”

Fakhrul said Awami League has been talking about such unnecessary issues as it has got politically 'bankrupt'.

“Why don't they come to the main points? They don't talk about holding a credible election strengthening the democratic institutions and restoring the rights of people, including the right to vote,” he observed.

The BNP leader urged the government to inform people about what it has done to tackle Covid, protect people’s lives and livelihoods and help the day- labourers.

He said people are getting poorer, but those who belong to Awami League are getting richer and they are siphoning off money abroad. “Social instability and anti-social activities have been growing as no institutions are working properly in the country. It’s going to be a failed state.”

On Thursday, the Prime minister said, “BNP engaged in fights at Chandrima Udyan. Doesn't the BNP know that there's no grave or body of Zia, or Zia is not there? They know it very well! If so, why do they stage the drama? Khaleda Zia is also aware of it.”

While addressing a programme virtually from her official residence Ganobhaban, Sheikh Hasina also said whether Khaleda Zia or Tarique Zia could claim that they saw Zia’s body in the box (which was brought from Chattogram) as a bullet-hit body can easily be recognised. “No one saw it as there was nobody (of Zia) in the box,” she said.

Reacting to her remarks, Fakhrul said no person who has integrity and good taste can make such comments. “Her remarks are indecent, disgusting, and nothing but lies.”

He said the Prime Minister also hurt the religious sentiment of Muslims by raising a question about late Zia’s body and grave. “People didn’t take it easily as Ziaur Rahman is in their hearts.”